3 passengers from the U.K tested positive for Omicron in India 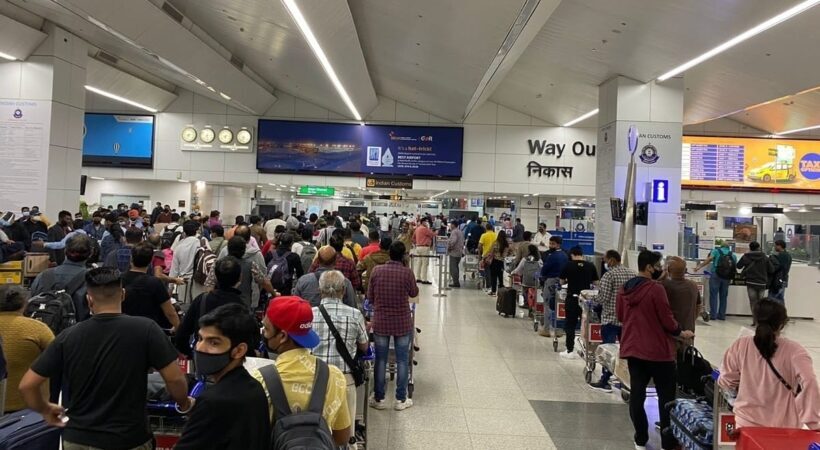 A 45-year old NRI and a teenage boy, who recently arrived in Gujrat from the United Kingdom have tested positive for the Omicron variant.

A passenger from the U.K had tested positive for Omicron in Karanataka on Saturday.

In Gujarat, the non-resident Indian tested positive for the coronavirus infection in the RT-PCR test carried out at the Ahmedabad international airport soon after he arrived from the UK on December 15, a health department official said on Sunday.

“The man’s sample was later found infected with the Omicron variant,” Anand district health officer Dr M T Chhari said. He was scheduled to reach the state’s Anand city from Ahmedabad. “But, after he tested positive for the coronavirus, he was taken to the Ahmedabad civil hospital from the airport.

“The patient is currently recovering at the Ahmedabad civil hospital,” Dr Chhari said. His co-passengers and other contacts have tested negative for the viral infection, the official said. A 15-year-old boy from Gandhinagar was also detected with the Omicron variant after returning from the UK, Gandhinagar Municipal Commissioner Dhaval Patel said.

So far, omicron cases have been detected in 11 states and union territories with Maharashtra accounting for 48 cases, Delhi 22, Rajasthan 17, and Karnataka 14, etc.

Tags: A 45-year old NRI and a teenage boy, who recently arrived in Gujrat from the United Kingdom have tested positive for the Omicron variant.
Related -