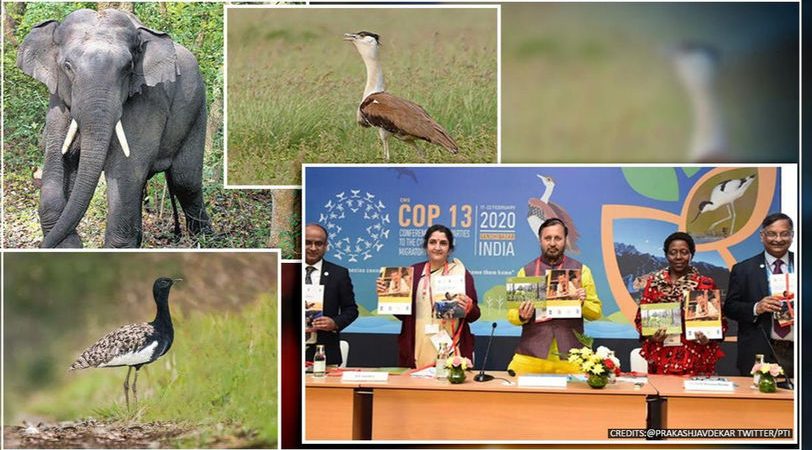 The newly added endangered species includes the Asian elephant, Jagua, Great Indian bustard, Antipodean albatross, Bengal florican, Little bustard and Oceanic white tip shark. This species is included in the first chart of the list as it needs to be urgently   protected.

There were 263 conservationists from the UN as well as from different environmental organizations representing 131 countries as panellists who participated in the meeting. The meeting was inaugurated by Indian Prime Minister Narendra Modi.

The report presented at the meeting observed that there was a significant decline in the number of migratory species, birds and marine life and in order to conserve this endangered species there should be a certain preventive measure in place ensuring the encouragement of renewable, environment -friendly energy, banning of hunting migratory bird and its sale, reducing the number of roads and rail construction projects, stopping of hunting marine mammals etc.