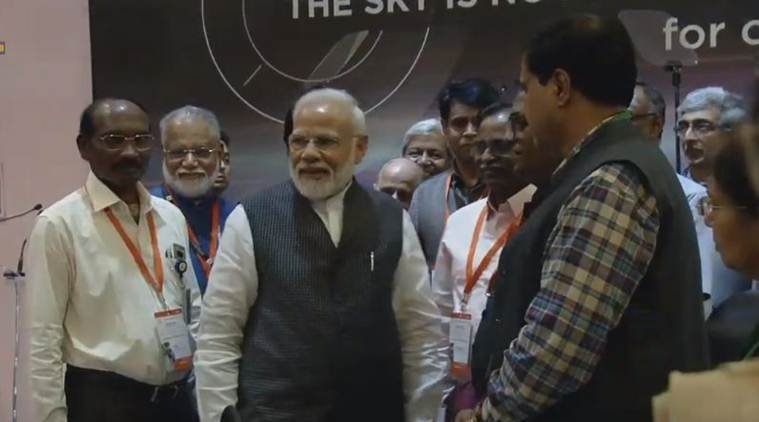 India woke up Saturday morning with a heavy heart listening to the heartbreaking news that its prestigious space program Chandrayaan-2 could not accomplish its mission, and that the Vikram lander lost its contact at the last stage with the ISRO ground station in Bengaluru, which was controlling the mission.

In a last minute snag, Vikram, the moon lander, at an altitude of 2.1 km, lost communication link with the ground station while attempting soft-landing on the South Pole region of moon where no other mission has gone earlier.
Everything was fine until then. Everyone, the scientists who hardly had any sleep for days, Prime Minister Narendra Modi who flew down from New Delhi, guests, officials and students from across the country, who came to witness the proud moment of the lander making soft landing on moon, was sitting on the edge of the seat in the visitor’s gallery at ISRO’s Telemetry Tracking and Command Network (ISTRAC) Centre, eagerly watching the mission’s progress. Suddenly all faces fell as an announcement came that the scientists lost communication link with the lander.

A snag hit at the far end of the mission, as the communication link between Vikram, the moon lander and the orbiter, which is the only source for contact from the ground station suddenly got snapped leaving no clue about the lander and the orbiter, putting everybody in utter confusion and desperation.
ISRO Chairman K Sivan announced that “the Vikram Lander descended as planned up to an altitude of 2.1 km and normal performance was observed during Chandrayan-2. Subsequently the communication from the lander to the ground station was lost. The data is being analyzed.”
A pal of gloom descended. 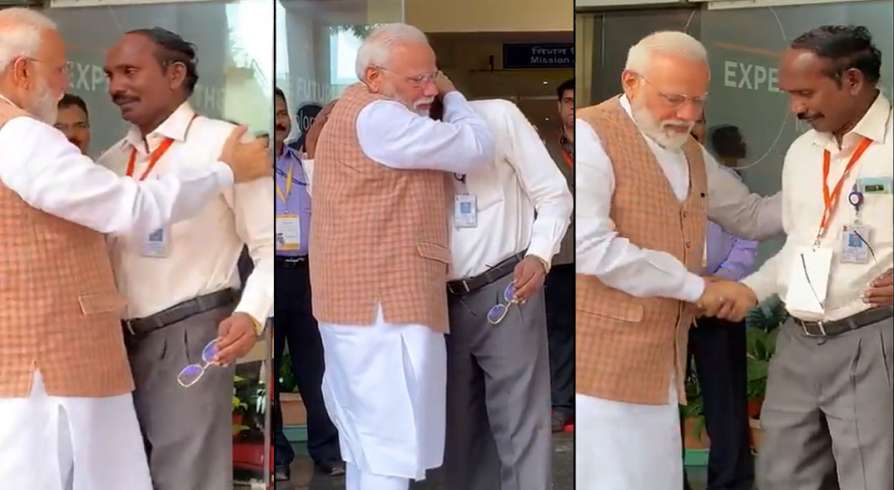 Prime Minister Narendra Modi, like a loving patriarch, hiding his emotions, composedly went around in the room pacifying the scientists.
The ISRO Chairman Dr K Sivan broke down. The PM went to him, hugged him and held him close.

He told the scientists, “It is because of your spirit that India stands proud. “You have given your life for the country. You have sacrificed your life, your dreams for the country. I could understand you all last night. I could read the disappointment on your faces.” He told them, “Don’t lose hope.”
The PM in an address at the ISRO headquarters later said, “In our glorious history, we have faced moments that may have slowed us down but they have never crushed our spirit.”

“We came very close, but we need to cover more ground…. Learning from today will make us stronger and better,” he told the scientists, adding, “The best is yet to come in our space program. India is with you.”
He said, “It is not a small achievement and the country is proud of you. If the communication starts again, then the mission will be able to give us a lot of information. Let’s hope for the best.”Shaking hands with the scientists while leaving the headquarters, he reminded the scientists of the ISRO scientists’ many achievements, including sending 100 satellites into space in one go. “To our scientists, I want to say, India is with you! You are exceptional professionals who have made an incredible contribution to national progress,” he said.

ISRO has said it is analyzing data to find out the reasons behind the communication breakdown, and details will be made public later.
Now the news has come that the Orbiter is functioning well, moving around the Moon and expected to be in orbit for over a year. While efforts are made as to how to retrieve or revive Vikram the Lander and Pragyan the Rover.
The Rs 978 crore Chandrayaan-2 mission was launched on July 22 into the space by India’s heavy lift rocket Geosynchronous Satellite Launch Vehicle-Mark III (GSLV Mk III)