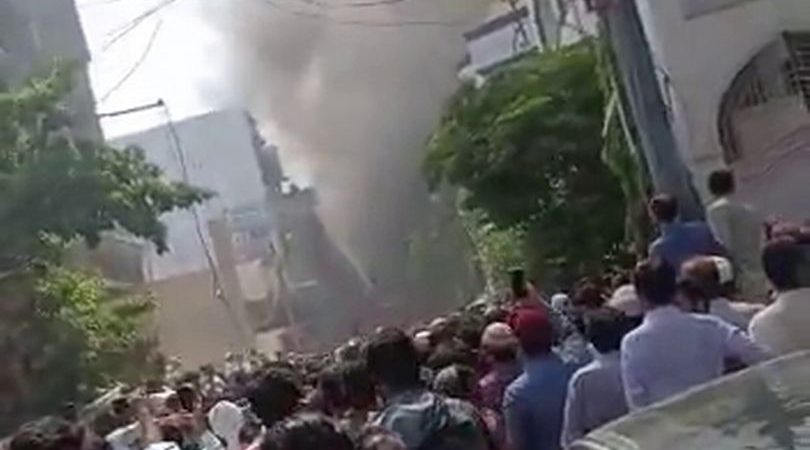 Amateur videos of tragic plane crash, that occurred hours before in Karachi, have come out on social media sites. It was a Pakistan International Airlines (PIA) plane that crashed in Karachi on Friday. The flight was en route from Lahore to Karachi. According to Reuters the plane had 107 passengers onboard when it crashed.

Pakistan Armed force spokesperson Major General Babar Iftikhar said that the army’s Quick Reaction Force and Pakistan Rangers’ Sindh troops had reached the incident site. In the update posted on the official Twitter handle of DG ISPR, the spokesperson said that the security forces would assist civil administration in relief and rescue efforts.

Geo News had earlier reported that the plane crashed at the Jinnah Ground area near the airport as it was getting closer to landing. There were more than 90 passengers on board the AirbusA320. Black smoke was seen from a far at the crash site, say  eye witnesses.

According to reports there were no immediate reports on the number of casualties. The aircraft arriving from the eastern city of Lahore was carrying 99 passengers and 8 crew members, news agency AP said, quoting Abdul Sattar Kokhar, spokesman for the country’s civil aviation authority.