Amazing feat of an arctic fox 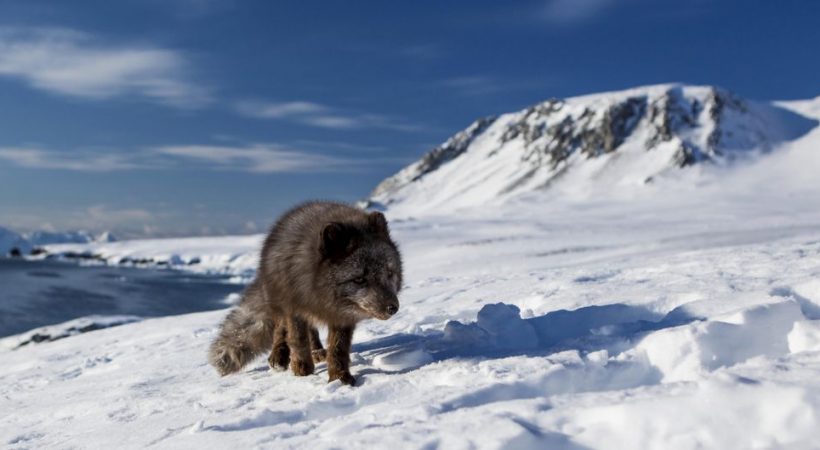 Stories of human migration in search of new pastures and the suffering are not new and some of them are made best sellers and blockbuster movies. Here is a story from the Arctic fox   that covered 3,500 kilometers over the polar ice sheets and reached Canada from Norway in 76 days. The thrilling story of this unprecedented feat of endurance was reported by AFP. The report said the journey “is not only a testament to the fox’s stamina but also highlights the important role ice sheets serve for the migration of Arctic wildlife and the threat global warming poses to the ecological balance”.

The journey was set up by a research team as part of a study on the importance of ice sheets in the migration of Arctic wildlife and the threat of global warming.  The fox was equipped with a tracker by the researchers to track the fox’s trek. Arnaud Tar roux, one of the researchers recording the fox’s journey published by the Norwegian Polar Institute, told AFP that “This species is, even more, enduring and faster than what has been observed in the past, It’s a young female, less than a year old, therefore relatively inexperienced, literally going out to discover the world and surviving an Arctic crossing on her first attempt.”

The fox covered the first 1,512 kilometers to reach Greenland in just 21 days.  The researchers found the fox withstood the arid polar environments and moved at an average daily rate of 46.3 kilometers, with a daily record of 155 recorded while crossing Greenland, AFP said.

“This is the first observation that shows in detail that an arctic fox has migrated between different continents and ecosystems in the Arctic, and one of the longest migrations ever recorded for an arctic fox in such a short period of time,” the Norwegian Polar Institute noted in a statement, AFP said.

Tags: 500 kilometers over the polar ice sheets and reached Canada from Norway in 76 days, Arctic fox   that covered 3
Related -