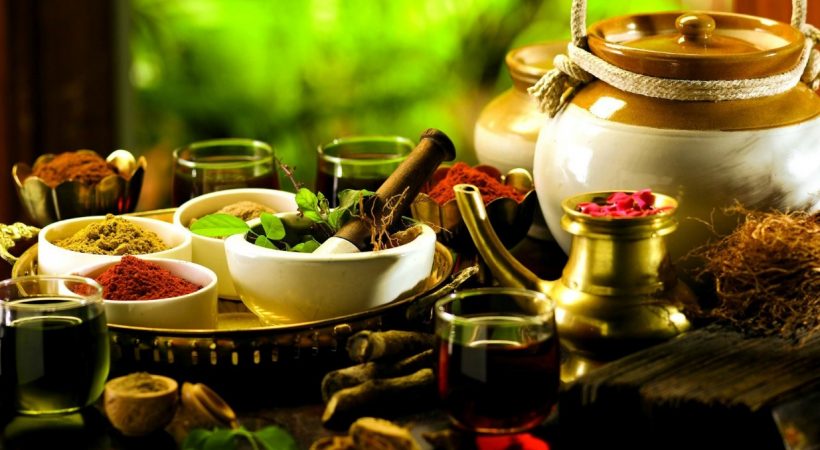 Ayurveda has always been effective in treating various ailments and unlike the modern medicine, it has lesser side effects. Kerala being a pioneer state in ayurveda treatment, has attracted many including foreigners.

Psoriasis is one such disease which has been effectively treated by Ayurveda. Being an autoimmune disease, modern medicine prescribes immune suppressant biological and non-biological drugs in the treatment of psoriasis and most of them have many serious side effects. The commonly prescribed non-biological medicines like cyclosporine and methotraxate and majority of the biological drugs are liver toxic. Consumption of these drugs in high doses for longer period may cause serious liver issues such as fibrosis and cirrhosis.

Once the doctors detect liver inflammation or fibrosis in these patients, they usually ask the patients to stop the medications and having little choice, administer steroids and corticosteroids which have even more serious side effects in the long run.

This is the reason why patients  prefer ayurveda  for psoriasis treatment over modern medicine.

In treating psoriasis, Ayurveda usually seek the help of internal purification therapies, which control the over growth of cells, which is one of the major causes for psoriasis. This holistic approach comprises of natural medicines, specific diets, excercises, panchakarma treatment, happiness programs and meditation. In Ayurveda therapy, Concoction or powder of  Laburnum peel,acasia peel, sarsaparilla, snake gourd, sandal, Tinospora cord folia Miers,Madder root, Caesalpinia_sappan,vetiver root, Frangipani Vine, Cyclea peltata, Nut grass etc.are  prescribing based on  the condition of the patient. Treatment and dosage are different depending on individual characteristics and the condition of the patient.

Ayurveda also recommends Yoga as part of  therapy as it will catalyze the cleansing process of the body. Panchakarma for psoriasis starts with medicines for cleansing the toxins and in course of time, doctors usually ask the patients to switch to medicines that aid digestion. Later, the patient would be advised to follow the ‘Sneha Pana’ treatment in which toxins in the skin will be removed. The  Panchakarma medication mainly involves two processes- anabolic (reduction) and catabolic (building up). Medicated emesis (vamana), medicated purgation (virechana), nasal medication (nasya), medicated enema (vasti) and bloodletting (raktamoksha) are the five purification procedures for removing accumulated toxins and other waste materials in the body.

In the treatment of psoriasis, Ayurveda suggests strict diet patterns too. Sattvic food is recommended and subsequently acidic, oily, refined and fatty foods must be avoided and intake of food should be reduced. According to sattvic diet only half of the stomach should be filled. Leaving the other half empty would improve digestion and metabolism. Moreover, the patients would also be advised to avoid carbohydrates and products that contain lots of sugar.

Peace of mind plays an important role in the treatment of psoriasis. Stress and psoriasis together create a vicious circle in which both grow supporting each other. So it is important to choose a better relaxation and  meditation technique to keep the mind calm and improve the quality of  the therapy.

Even though Ayurveda guarantees cure for psoriasis in some cases it reverts on and off . The disease strikes again because it is caused by genetic abnormalities or by hereditary. But applying holistic ayurvedic treatment one can reduce the gravity of the disease to a great extent.