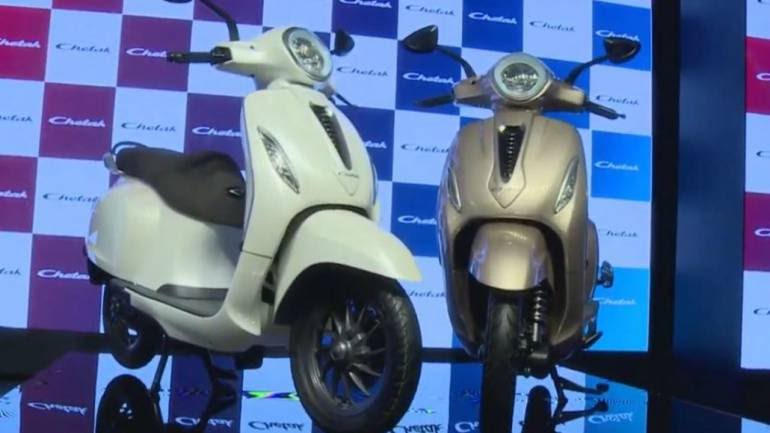 There was a time, not  long ago, when Bajaj Chetak, the cute  two-wheeler ruled the roads across India. Over the years, new brands emerged and took over its place. Now, there is good news for its fans. Chetak will hit the roads on January 14   again with an electric heart. According to reports, Chetak Electric has a range of 95 kilometres on a single charge when used in the ECO mode. The e-scooter also has a Sports mode with a range of 85 kilometres on a single charge.

The  scooter has a charming new design  with a circular head lamp and alloy wheels. The company is confident that its e-scooter will soon find favour with  commuters, as its track record in two-wheeler production is such.

Chetak Electric  will be launched on January 14   with a promise of a new experience to its riders. The launch of Chetak Electric marks the company’s re entry into the scooter market after  it diverted to motor cycle production years ago.

Bajaj’s bikes, Pulsar, Discover and Platina are super hits on the road.

Bookings for Chetak Electric  are already on . The first lot will be delivered in  Pune and later in Bengaluru, two mega cities. The scooters are available through  the Bajaj ProBiking dealerships.

The price is not revealed yet. However, the company’s  Managing Director promises an “extremely competitive price.”

One thing is sure, Bajaj Chetak has to  overcome strong challenges from other big players in the market such as Hero Electric, Okinawa Scooters, Ather Energy and Twenty Two Motors. That is possible only through better quality and affordable price.