Bajrangasana to eliminate back pain 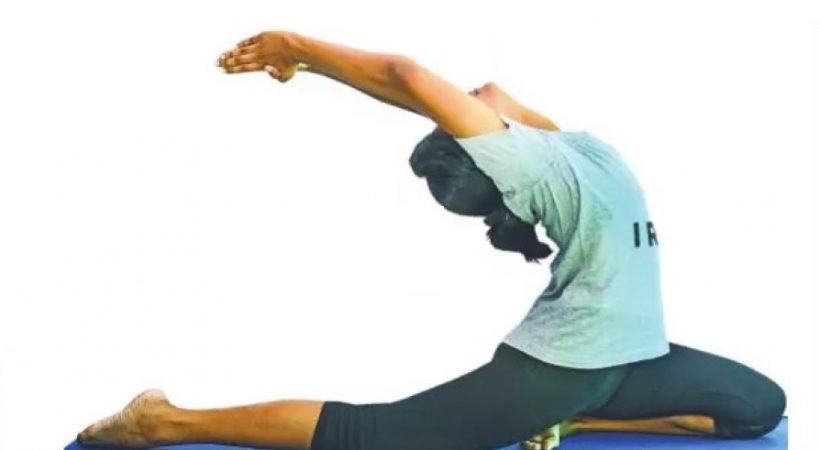 Bajrangasana, which is also called Hanuman pose, is an excellent yoga pose, which helps in eliminating physical as well as mental difficulties. The name of this asana comes from Hanuman, a popular deity in the Hindu mythology who is generally depicted as a human being with the face of monkey and a long tail. In the Indian tradition, Hanuman is considered the lord of strength. It is believed that Hanuman had a body which is as powerful as diamond that it can even resist a sword. It is also mentioned in many Hindu manuscripts that Hanuman was a great yogi.

Steps to be followed:

Sit down and stretch your legs. Bend your left leg and place the left foot under the left thigh. Stretch the right leg backwards with the upper part of the foot touching the floor. Slowly bring your hands above the head with the palms touching each other. Make sure that the hands touch the ears. Take a deep breath and stretch your body backwards and look backwards. Remain in this position for some time and come back. Practice the same with other leg.

This asana is especially beneficial for women as it reduces the fat accumulated in the stomach and also in making the backbone flexible reducing the cramps. It is also an effective solution for back pain. Those suffering from back pain would find it extremely helpful.