Bear Grylls hails PM Modi for his will power 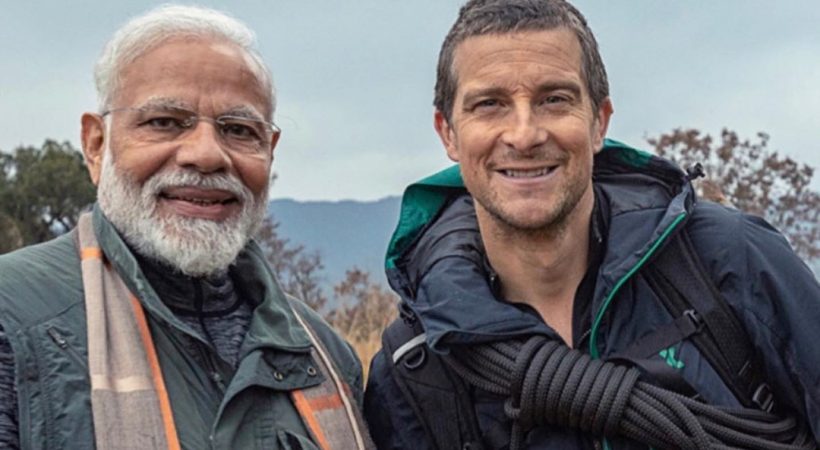 Bear Grylls, the anchor of the program ‘Man v/s Wild’ telecasted by The Discovery channel praised Narendra Modi, the Prime Minister of India for the persistence and strong will power that he displayed during the shoot of the program. It was after his experience at the Jim Corbet Rain Forests in Uttarakhnad that Grylls made this statement. The episode would be telecasted on the 12th of August.

Grylls shared that they had to face heavy rains and stones rolling down during the shoot and that it made the schedule a bit difficult. But to Grylls, greatest surprise, Modi was the calmest person on set. The anchor seems to be caught by the confidence that the Prime Minister displayed during the entire schedule. He was even ready to take up the risks of the shoot even against the resistance from the personal security guards.

Grylls says that he was impressed by the fact that two major leaders of the world, Obama and Modi were both interested and invested in Environmental protection and this it is indeed a good model. 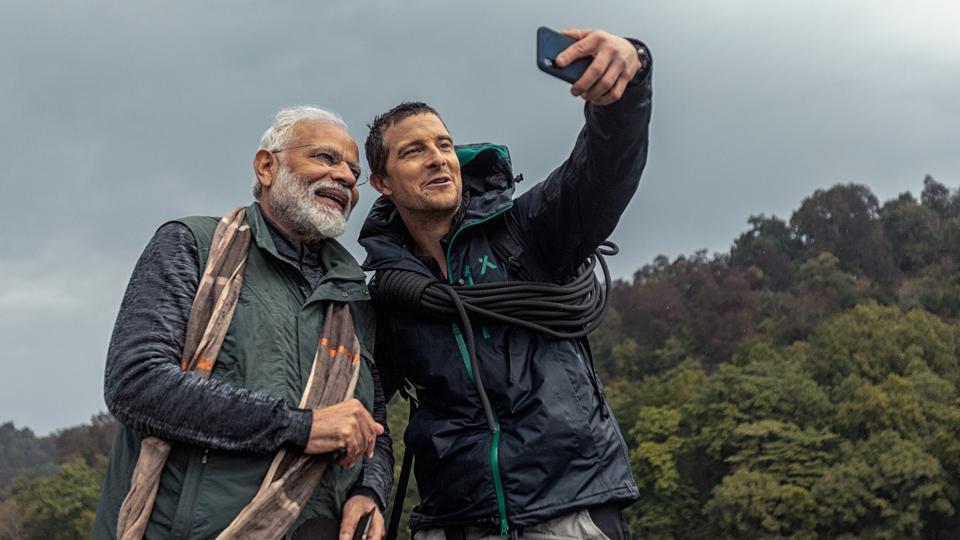 Grylls reported that when a spear was to fight against tigers in case of attack, Modi said that his culture and his bringing up never agreed to killing anything as that culture taught him the value of life. Moreover, in contrast to the usual practice this particular episode would not include the raw consumption of any creature as the Prime Minister was a pure vegetarian.

When warned about the possible dangers, Modi replied by stating that whenever one sees nature as something to be afraid of, it would indeed be so. On the other hand, PM says, if one sees nature as a friend, nature would respond in the same fashion.

When asked why he agreed to this program, Modi replied that he had an experience of living in the forest, close to the nature and that it had a great impact on his life even more than politics.