Benson and Hedges claim to have developed vaccine for COVID-19 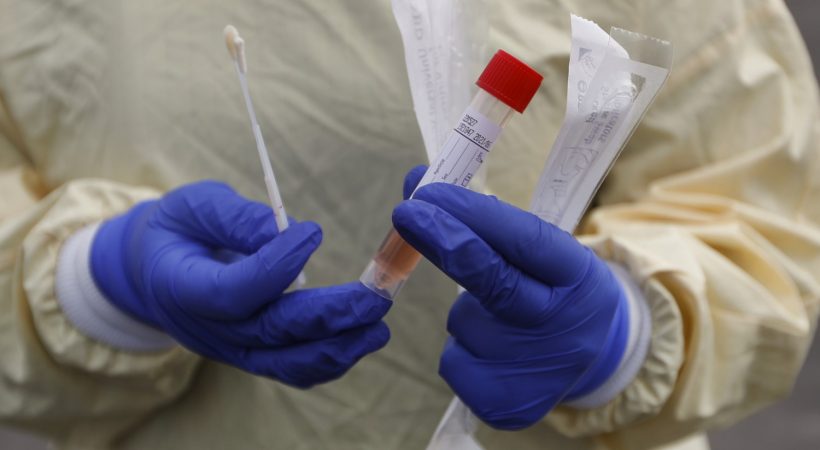 Rat race to develop a vaccine for the coronavirus has begun. There are both tall and short claims being made about the vaccine. One such  claim is made by cigarette giants, Benson & Hedges and Lucky Strike cigarettes. The two belonging to the parent company British American Tobacco (BAT) claims to have developed a vaccine for the coronavirus from their own tobacco plants.

They also claim that they can manufacture up to three million doses a week starting from June if it gets the necessary support from the UK Government.

This unproven vaccine is currently being tested on animals. But BAT is calling on Whitehall to fast-track the vaccine through rigorous human trials which could otherwise take the best part of a year and make the June date impossible.

BAT said it has directed its vast resources – the company is worth £65.5billion – to fighting the pandemic.

The firm that is headquartered in London, added that it would sell the tests to the Government ‘at cost’, meaning without making any profit.

BAT plans to contact the WHO directly regarding their decisions to strike a deal with the governments for the production of the coronavirus vaccines as WHO rules say that tobaccos firms cannot do business with governments of any country.

The company said that it had already approached the US Food and Drug Administration and UK’s Department of Health and Social Care to discuss about its vaccine.

It hopes to partner with the government agencies to bring the vaccine to clinical studies this month.

Right now, the vaccine is being developed by BAT’s subsidiary firm Kentucky Bio Processing (KBP) in the US, using tobacco plant technology.

KBP is known to have previous experience of fighting outbreaks as it helped to develop an effective drug for Ebola in 2014, called ZMapp.

BAT said KBP researchers have managed to clone a portion of the coronavirus’s genetic sequence and develop a potential antigen.

By injecting someone with a coronavirus antigen – in whole or in parts – can trick the body into producing the immune response it would need to fight off the virus for real.

This means that the body will understand how to tackle the virus if someone caught the illness in the future, meaning they could get rid of it before developing symptoms.

Kentucky Bio Processing has inserted the antigen into tobacco plants where the living structures of the plants will help it to grow and reproduce.

Once harvested, the antigens are extracted and purified and inserted into the body as a vaccine.

The WHO says plant-derived vaccines have several advantages over conventional methods.

Traditional vaccines see antigens manufactured in cultures of bacterial cells or yeast, which need to be refrigerated and take months to accumulate.

Plant-based vaccines take just weeks to grow and can survive at room temperature – making them less expensive to create.

With live vaccines, there is always a chance it can become contaminated and hosts so-called pathogens, which cause human disease.

The WHO says the likelihood of this happening in plants, however, is ‘almost negligible’, making them potentially safer.

‘But we believe we have made a significant breakthrough with our tobacco plant technology platform and stand ready to work with governments and all stakeholders to help win the war against COVID-19.

‘We fully align with the United Nations plea, for a whole-of-society approach to combat global problems.

‘We are committed to contributing to the global effort to halt the spread of COVID-19 using this technology.’

Professor Julian Ma, a virus expert at St George’s University of London, said it was highly unlikely the vaccine would be ready any time soon.

He said: ‘The press release by KBP reports an important milestone for the company, but they are still a long way from making a vaccine.

‘Importantly, it still needs to be determined how safe their vaccine will be and how potent in inducing protective immunity in humans.

‘In particular, it is a technology that might make vaccines more affordable and accessible for people in low and middle income countries.

‘This is important for a disease which is spreading to every country in the world. It will be no use making an expensive vaccine, which is only accessible by rich people in the first world.’

It comes after the British doctor overseeing the international hunt for a coronavirus vaccine said a jab could be ready for health workers by January next year.

Dr Melanie Saville, from the Coalition for Epidemic Preparedness Innovations (CEPI), said a vaccine could be rolled out under an ’emergency protocol’ before it has been officially licensed for use.

She said there would need to be a ‘prioritisation for those who need it most’ which would likely see NHS workers and those most vulnerable getting it first.

However, she told the Daily Mail that British citizens in isolation would ‘remain vulnerable’ until a vaccine is developed.

Last night, major US healthcare firm Johnson & Johnson announced that it had a potential vaccine that could be available for emergency use in early 2021.

But it is still behind Boston-based biotech firm Moderna, funded by CEPI, which began human testing earlier this month.

Another potential vaccine is being developed at the University of Oxford.

Dr Saville said: ‘Normally vaccine development can take maybe ten years, maybe 20 years. What we are trying to do is reduce that to a 12-18 month time frame.’

She said the vaccine could be available to some as soon as January.

‘If all were to go well, we could anticipate there should be a vaccine that could be used more widely, at least under some kind of emergency authorisation process’, she said.

Such a process would see vaccines that have had clinical trials and are deemed safe by scientists rolled out before they have been officially approved for use.

Dr Saville said the World Health Organisation and international organisation Gavi, which receives £300million in UK aid a year, will play a critical role in determining which countries need it first and who exactly.

The objective is to get millions of doses ready but crucially that will still leave billions waiting.

She added: ‘At the beginning it takes a while to make the very large doses of vaccines that are needed.

‘That is why there really does need to be a prioritisation for those who need it most, with a view that the capacity will be developed so that it will be very widely available.’

This could be health care workers ‘who obviously it is very important to keep them healthy and safe’, or other vulnerable groups, she said.

Asked if there was a danger of rolling out the vaccines before they have been officially approved, Dr Saville said: ‘Always safety is paramount with vaccines so it is always important to make sure you are following volunteers in clinical trials carefully.’

She said lockdown and social distancing measures were important so the NHS has the capacity to ‘blunt the curve in terms of the number of cases’.

She said: ‘That actually buys time for the vaccine developers, so all of the people in isolation are going to remain vulnerable.’

Tags: Benson and Hedges claim to have developed vaccine for COVID-19
Related -