Bill Gates top on the list of richest in the world, Mukesh Ambani is 12th : Bloomberg Billionaire Index 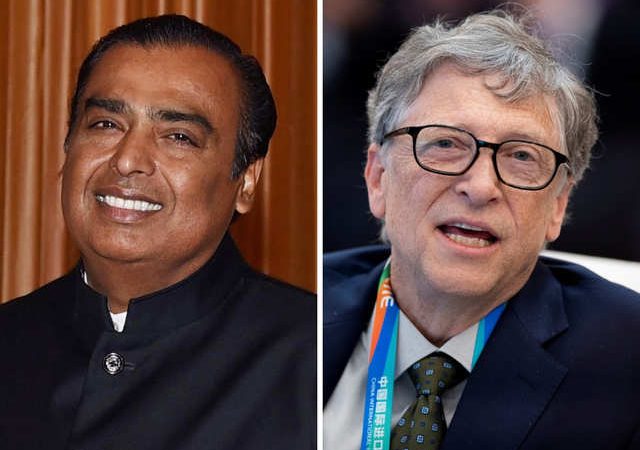 Mukesh Ambani is worth $59.4 billion.

However, most of the top five people on the list belong to the United States.

According to Bloomberg, the wealthiest person in the world is Bill Gates, co-founder of Microsoft with a net worth of $110 billion.

He is followed by Jeff Bezos, founder, CEO and president of Amazon.com with a net worth of $109 billion.

Others in the top five are Bernard Arnault, French billionaire business magnate and art collector, worth of $101 billion; Warren Buffett, chairman and CEO of Berkshire Hathaway, philanthropist and investor, worth of $86.40 billion and Mark Zuckerberg, co-founder Facebook, internet entrepreneur and philanthropist, worth of $74.10 billion.

Apart  from Mukesh Ambani, Azim Premji, founder of IT  major Wipro, ranked 56th,  who is worth of $ 19.1 billion, Shiv Nadar, founder and chairman of HCL, ranked 84, worth of $15.6 billion,  and Uday Kotak, executive vice-chairman and managing director, Kotak Mahindra Bank , ranked 98, worth of $14 billion are among the first 100 on the list of richest people in the world.

Tags: Bill Gates top on the list of richest in the world, Mukesh Ambani is 12th : Bloomberg Billionaire Index
Related -