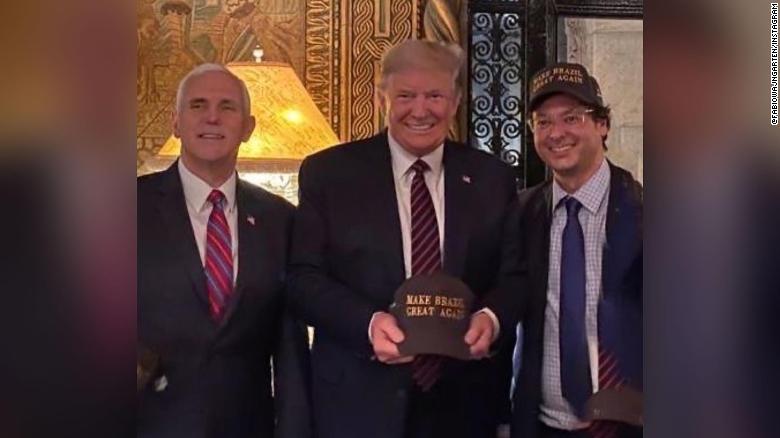 In the photo posted on his Instagram account, Wajngarten is seen standing next to Trump wearing a “Make Brazil great again” cap. Vice President Mike Pence was next to Trump. Right now, the Brazilian official is awaiting the results of a second confirmation test, according to the report.

After meeting the US President, Wajngarten developed flu-like symptoms and tested positive for the virus that has become a global pandemic, the Brazilian presidency said in a statement.

According to Reuters, the Brazil’s health minister Luiz Henrique Mandetta said Bolsonaro would be monitored if Wajngarten tested positively.

However, the US President seems to be unaffected and said that he was not concerned about being exposed to the corona virus after dining last week with Bolsonaro, whose press aide tested positive.

Meanwhile, newspaper O Globo reported that the US embassy in Brasilia got in touch with the Brazilian government for information on Wajngarten’s test. The embassy did not immediately respond to a request for comment from AFP.

Bolsonaro’s office “has taken and is taking all necessary preventive measures to protect the health of the president and all staff that traveled with him to the United States”, it said in a statement.

“This is because one of the officials in the group, Presidential Communications Secretary Fabio Wajngarten, is infected with the new corona virus, COVID-19, as confirmed by a second test that was recently carried out,” it said.

Trump and Vice President Mike Pence “had almost no interactions with the individual” during Bolsonaro’s trip to Florida last weekend. They “do not require being tested at this time”, Trump spokesperson, Stephanie Grisham said.

She said under government guidelines “there is currently no indication to test patients without symptoms, and only people with prolonged close exposure to confirm positive cases should self-quarantine”.

Wajngarten is the chief spokesperson for the Brazilian government and had travelled with Bolsonaro last Saturday to Tuesday to the US, where the far-right leader — who has been dubbed a “Tropical Trump” — met with his US counterpart.

(With inputs from Reuters and AFP)