Canada PM governing from home, even while in the Coronavirus quarantine 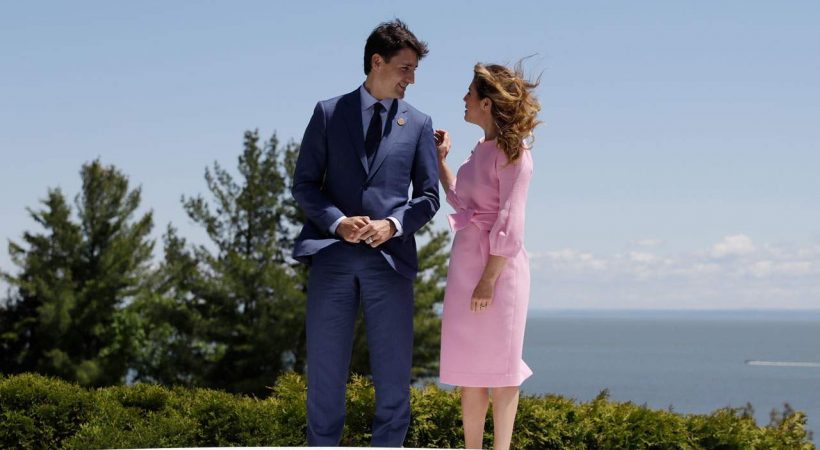 Ottawa: Canada PM Justin Trudeau talks about his life in the COVID-19 quarantine. He is seen to have some fun moments with his wife and children at the quarantine. While at home too, he assures the nation regarding the coronavirus scare and continues to govern from home.

“I want to be clear. I have no symptoms. I’m feeling good. Technology allows me to work from home,” Trudeau told a news conference outside his official residence in Ottawa.

He stands alone in front of the small bridge cottage while talking to journalists who are several meters away. This is the first time that the PM spoke publicly after his wife Sophie was tested positive for the COVID-19 virus. It was announced on late Thursday that the 48-year-old Canadian leader, his 44-year-old wife and their three children, aged 6-12, would be confined for 14 days to a house a few kilometers (miles) from parliament.

Telegoverning, he said “is an inconvenience and somewhat frustrating.” “We’re all social beings after all, but we have to do this.” The public health officials of the country have asked all Canadians to self-isolate if they were found to have any fever or flu-like symptoms. Those having such symptoms had to compulsorily get tested for COVID-19, especially if they recently travelled outside the country. “We are following medical advice as should all Canadians,” Trudeau commented. After flying back from a speaking engagement in London on Wednesday, Sophie Gregoire-Trudeau was seen to have flu-like symptoms including a low fever. “Sophie’s symptoms remain mild,” said her husband. “We are thinking about all the families across the country who has received the same diagnosis, but we’re in good hands.” Trudeau is very busy working from home even though his whole family is on isolation. Even while at isolation he makes sure to contact other colleagues and makes phone calls to: Emmanuel Macron, Donald Trump, Giuseppe Conte, Canadian provincial and territorial leaders, and others. He is also in touch with his cabinet and officials and unveiled a slew of measures and money to combat the spread of the virus. “I’ve been very busy both yesterday and today. I’ll continue to work from home remotely to do the important things that need to be done to keep Canadians safe,” he said. On a question from a journalist regarding his contingency plan and if he fell sick after contracting the virus from his wife, he replied that, “there have always been contingency plans for ministers who are sick or even a prime minister who has fallen ill”. On asking the PM on how the family was coping under the circumstances, he said, “Most of the morning the kids have been playing with Lego and my wife has been on the phone to friends and family,” he said, adding: “I have been on the phone with President Macron, with my cabinet and officials.”

When asked about the kids, he said that, “we are obviously having some very good conversations with our kids about what’s going on, about how not to be overly concerned, but to be a little bit concerned, which is obviously why they are home today with us,” Trudeau said.

Tags: Canada PM Justin Trudeau governing from home, even while in the Coronavirus quarantine
Related -