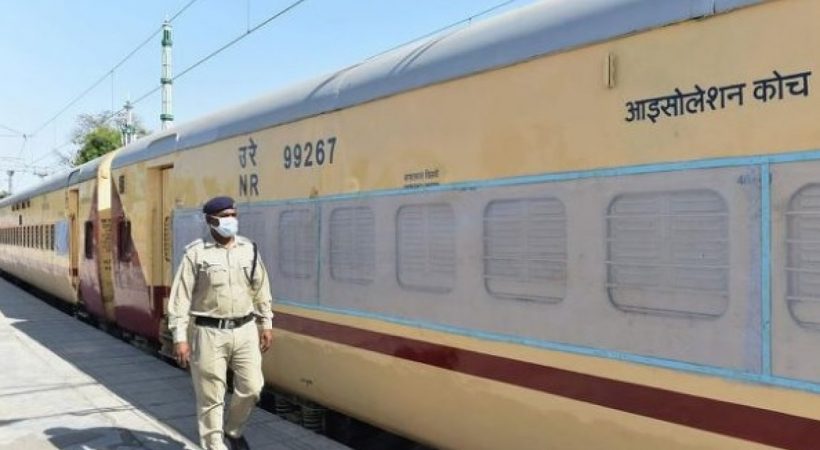 In the wake of reports that migrant workers who have been desperately trying to reach home are stranded in various cities without having adequate transport arrangements, the Union Home Ministry has asked all the states and union territories to cooperate with railways in running more ‘Shramik’ special trains for migrant workers.

“I urge upon you all to allow receiving of all Shramik special trains without any hindrance and facilitate faster movement of stranded migrant workers to their native places,” Home Secretary Ajay Bhalla said in a letter to states as reported by PTI.

In the letter, he also asked states and union territories to ensure that migrant workers do not resort to walking on roads, rail tracks and use available special trains.

There has been 428 ‘Shramik’ special trains since May 1 and carried home more than 4.5 lakh migrants stranded in various parts of the country amid the coronavirus-induced lockdown, Railway officials said on Sunday as reported by media.

It is also reported that until May 9, there had been 287 trains terminated, from which 127 terminated in Uttar Pradesh, 87 in Bihar, 24 in Madhya Pradesh, 20 in Odisha, 16 in Jharkhand, four in Rajasthan, three in Maharashtra, two each in Telangana and West Bengal, and one each in Andhra Pradesh and Himachal Pradesh, the officials further said.

However, trains that operated to cities such as Tiruchchirappalli, Titlagarh, Barauni, Khandwa, Jagannathpur, Khurda Road, Chhapra, Balia, Gaya, Purnia, Varanasi have transported many stranded migrant workers to their home.

It is Gujarat followed by Kerala has been on the top of the list that operated most number of ‘Sharmik’ special trains and Bihar and Uttar Pradesh top the list of receiving states.

‘Shramik’ which is specially designed to carry stranded migrant workers amidst Coronavirus pandemic  has 24 coaches, each with a capacity of 72 seats. However, only 54 people are allowed in a coach and the middle berth is not allotted to any passenger to maintain social distancing norms.