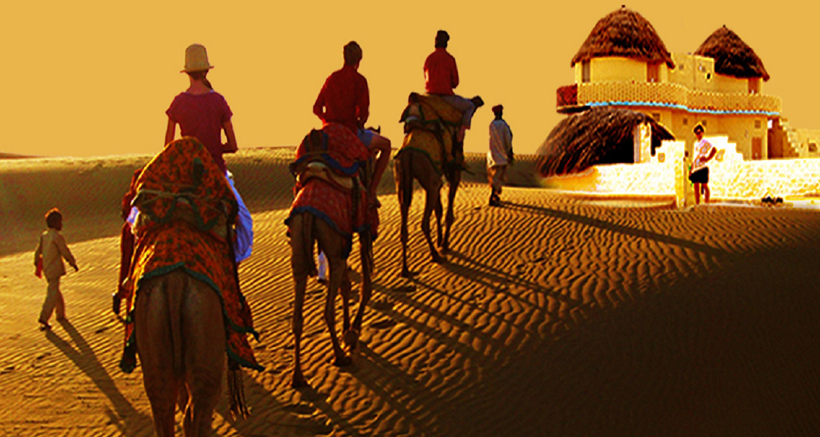 Rajasthan is home to quite a lot of colorful traditions and related festivities. The Chandrabhaga Fair is one of such festivities and every year it attracts thousands of tourists and participants from all over the nation. Held at Jhalrapatan, (which is almost six kilometers away from Jhalawar), the Chandrabhagha Fair is conducted on the full moon night in the month of Kartik. This year the celebration will be hosted from the 22nd to the 24th of November.

This Fair is an exceptional blend of religious traditions (which includes special rituals and related activities) and colorful festivities, thus making it attractive for both pilgrims and also for those on vacation.

Known for large number of temples, the ancient city of Jhalrapatan is also referred to as ‘the City of Bells’. The most famous amongst these temples is theSitalesvaraMahadeva Temple which is considered as a symbol of   architectural excellence of the ancient India. The festival is named after the river Chrandrabhagaas it is considered as the holiest river in this part of Rajasthan and this festival is considered very sacred.The pilgrims assemble on the banks of river to perform the specific rituals and to offer prayers.People move towards the holy river to take a dip into it and offer prayers pertaining to the popular belief that their souls will be purified.

Similar to the internationally acclaimed PushkarMela, this fair also has a cattle-fair in which livestock such as cows, horses, buffaloes, camels and bullocks from various parts of the country are sold. Traders from the distant parts of Madhya Pradesh and Maharashtra meet here and smooth trading of livestock takes place.

There are several modes of transportation available in order to reach this pot where the Fair is hosted. Since Jhalawar has no airport of its own, if one travels by air, he or she will have to fly to the nearest airport to it is Kota which lies some 87 km away and then take a bus or taxi to the spot. Jhalawar is also well connected with Bundi, Kota and Jaipur as the NH 12 passes through Jhalawar itself. The nearest railway station is RamganjMandi, which at a distance of about 25 km and is on the main Delhi Mumbai line. Care must be taken while booking the tickets for trains as some of the trains do not have a halt in this station. Dehradun Express and Frontier Mail are among the few trains that actually take a halt here. Jhalawar is a relatively small town and easy enough to walk around on foot, but there are plenty of auto-rickshaws, cycles-rickshaws and Tongas available for the convenience of pilgrims.