Chinese student in the UK brings the virus BACK HOME; Wuhan reports its first ‘imported case’ 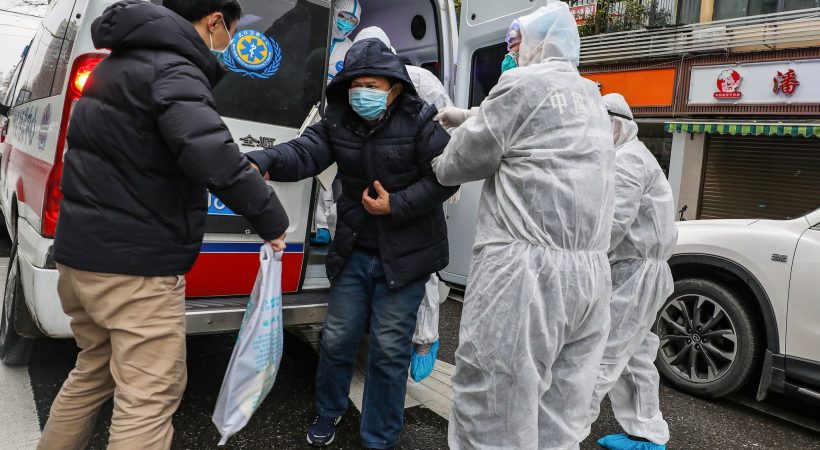 The former epicenter of the Covid-19 pandemic–Wuhan- is back to the News again as a local teenager studying in the UK is known to have brought this virus back to the city.

After recording just one new infection in ten days, the city last week declared that it had largely curbed the outbreak. It was only today that the local health officials reported the case of the 16-year-old as its first ‘imported case’ in the city although he showed no symptoms of the disease.  The boy named Zhou had travelled to Wuhan from Newcastle via Dubai and Beijing, authorities said.

The boy was detected with the infection due to the draconian efforts taken at the Beijing airport that screens new arrivals from abroad as well as the so-called ‘silent carriers’ amid fears a second wave. The number of imported cases of COVID-19 registered in China so far is 691.

The main sources of these imported cases are from UK followed by Spain and Italy. The number of people that have been registered as dead due to the coronavirus is around 1,800 and over 25,000 have been infected with the disease in the UK. Hubei officials have already identified 982 asymptomatic cases that can pass on the virus without realizing it.

These are under medical observation, authorities said today. According to the Wuhan Municipal Health Commission, Zhou studies in UK and belongs to the Caidian District of Wuhan. It is said that he boarded the plane on March 21 from the Newcastle International Airport and reached the Beijing Capital International Airport the very next day after a short stop over in Dubai.

After all the routine medical checks at the airport, he was taken to a single room for medical observation. Arrangements were made for him to travel to his hometown from Beijing on March 23. He left for his hometown by a high-speed train and was put into quarantine at an isolation center there.

Although the authorities said that Zhou showed no symptoms of the disease, a nucleic acid test declared that he was positive. He was then immediately taken to the Wuhan Pulmonary Hospital on the same day as a suspected asymptomatic case and was diagnosed with the disease on Tuesday. Zhou is the only new infection reported by the Wuhan Municipal Health Commission on Wednesday. The authority also reported five new deaths and 173 new cases of recovery. At least 2,553 have died of COVID-19 and 50,007 have contracted it in the former ground zero.

Tags: Wuhan reports its first 'imported case': Chinese student in the UK brings the virus BACK HOME despite showing NO symptoms
Related -