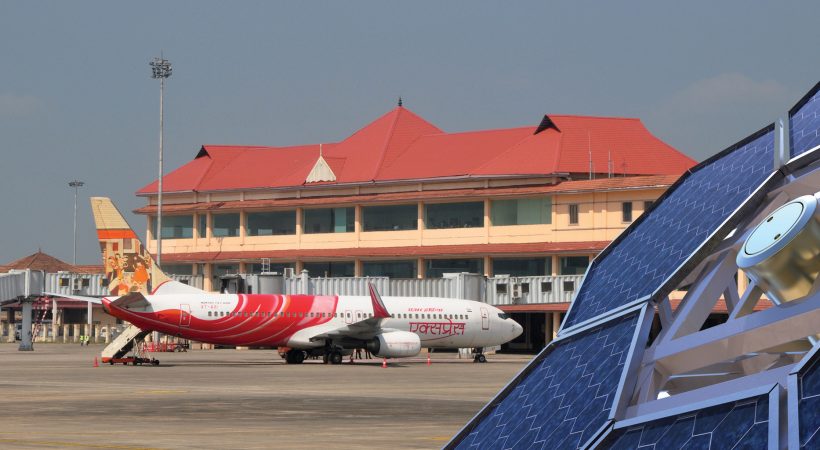 Cochin International Airport, India’s leading airport in terms of number of commuters, is the one and only airport in the world, which has operational solar energy power plant. As Managing Director Vattavayalil Joseph Kurian’s brainchild, the solar project had seized UN’s Champions of Earth award conferred under the trade perspective chapter. The press release published by UN’s environmental program stated that Cochin International Airport had showed the world that this kind of projects would never harm the constantly growing international aviation route and as society grows rapidly, it showed that the Eco-friendly business is beneficial for such progress, press release adds. It should also be noticed that since the airport is grounded on top of a place where once the paddy field was located and as it was built by filling the hectares of paddy fields it had been always under the attack of environmentalists, that the construction of it caused appalling environmental concerns.

Moreover, in these times, it is observed that almost every airport is indistinguishable when it calls attention as it is identical in its configuration. However, Kochi International Airport differs from all others in this regard since it possesses an authentic architectural detail and the new terminal is truly of international standards. In addition, the newly started solar energy project, adds value to its authenticity.

After the solar project has got operational, many other airports have implemented the same system in their premises. Indira Gandhi International Airport, New Delhi had already set up 2.14 mega watt solar project. Bangalore and Kolkata have started to place solar projects and the Airports authority of India that controls 125 airports across the country is planning to use solar electricity in 30 airports. 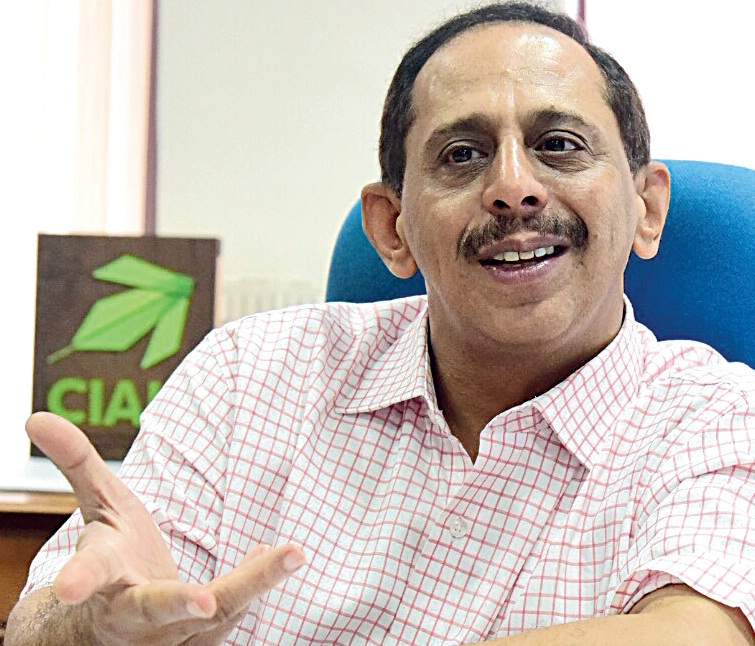 The impetus behind this mega solar project, which brought many appreciations for the airport, was haphazard, says Managing Director V.J Kurian. The airport authority was compelled to seek an alternative source of electricity when an unprecedented hike rate was put in place. Pilot project had stated in 2013 by placing 400 solar panels on the top of the roof of terminal building which later has advanced to 13 megawatt. In August 2015 onwards, the airport has been operating with clean energy only. The extra energy that was produced during the daytime was then exported to grids. If the solar panels stop creating energy, it can switch into the previous mode too.

Not only the solar project but also the entire airport was the brainchild of V.J Kurian, the 1983 batch I.A.S officer. He says that it was in 1992 that the idea of new airport had risen in his mind and when presented in front of the then Chief Minister K. Karunakaran, he quickly accepted and gave permission to the project. It was an extraordinary effort to have started 30 million sumptuous projects with a sum of merely 20,000 rupees.

Now he recollects that the primary hazard was to convince the natives that the project would be economical on contrary to their belief. As in other zones, pessimism played a major role here too and V.J Kurian characterized this, as being pessimistic was a peculiar nature of Keralites and that condition is still prevailing.

It was the first time, V.J Kurian experimented a PPP model (Public Private Partnership) that he marshaled the government officials, service providers and the customers in a common platform. There were 19,000 stakeholders, 1300 acres of land collected from 3,600 landowners and 820 families rehabilitated. Even though these were not easy to exercise, Kurian and team could successfully carry out the task within six months. Kannur airport, another project in the same state of Kerala has been completed by taking two decades is to be remembered in this situation.

Kochi’s growth as a metro city is attributed to the CIAL Project. Even though many people bestowed the credit of this project to K. Karunakaran, the then Chief Minister, V.J Kurian’s effort was surely taken into consideration. However Kurian elucidated that without political predilection everybody helped him to complete this project successfully. It is his third term as CIAL M.D. Even though he was displaced in 1999, was resurrected in 2003, when the airport confronted with an economic instability. In 2006 again he was transferred to another department and in 2011 he was reappointed. Since then he pursues here as the Managing Director, and the airport has been flying aloft to progress on the wings of his determination.

Instead of 400 solar panels in 2013, now the airport holds 10,000 panels and these are positioned in different locations. Approximately 1400 cars have been parked under the roof made of solar panels. A 4 km canal, which is flowing near the airport, has also got the solar shelters. Almost 20,000 solar panels are placed there and all these panels collectively produce 20,000 megawatt electricity and this quantity is lot more than enough to run the airport.

An experimental PPP project which was started in 1999 has earned highest international prize of this kind is unbelievable, says V.J Kurian. However, not being exultant, Kurian goes on working to blastoff to other dimensions.
CIAL has undertaken various projects in India as well as in other foreign airports, wherein the company will put up solar panels in the limited framework.