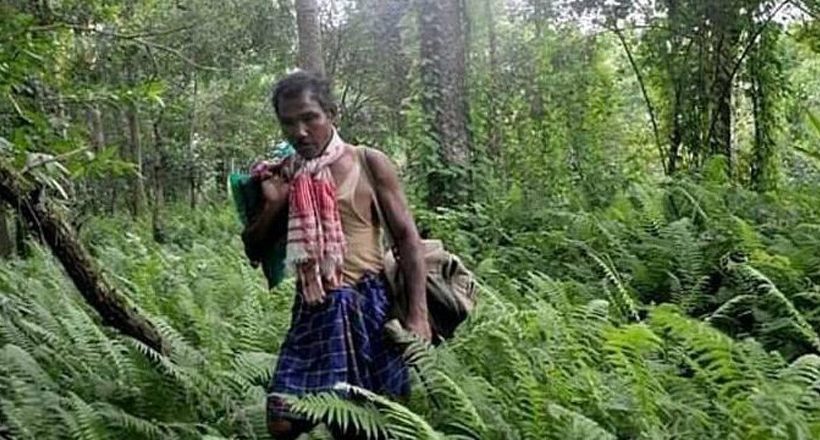 India’s Forest Man, Jadav Payeng from Jorhart in Assam receives the 128th Commonwealth Points of Light Award. British Deputy Commission says that this award is for Jadav’s work on environment conservation on Assam’s Majuli Island, which is one of the largest lake island in the world. This island has a forest cover of more than 1300 sq. ft. and has currently over 100 elephants and 4 tigers. But, this forest did not develop naturally. It is the result of the hard work of Jadav Payeng called the ‘Forest Man of India’. He says that for the past over 40 years, he has just been planting one tree per day on this island and this has finally resulted in the forest cover that we see today in this island. He does not take any credit for this hard work but remembers his childhood when the Majuli Island was full of trees.

Jadav who is a fisherman used to visit the island frequently. He says that he was an eye witness to the trees being cut from the Majuli Island finally making it a desert land. Although, this had moved him deeply he had no idea of what to do to restore this land.

After the trees were cut from the island, it faced terrible drought and in 1979 the land was terribly flooded. After the waters receded from the island, Jadav visited the island with a few tree saplings to be planted in the island. From that day onwards he started planting trees on this barren island. Soon it  became a part of his daily chore and very soon the desert land of the island became fertile. The trees planted by Jadav and those that grew naturally became part of the 1360 acre forest in the Majuli Island. After the forest expanded, wild animals started finding their homes here. First, it was small animals like deers and rabbits that inhabited the land and very soon big animals like elephants and rhinos also found their place here. Later, bears were also seen here. Today, this island is under the close scrutiny of the forest department.

After the forest and animals were restored in the island, hunters too soon started their activity here. Jadav had to deal with them many times. Today, Jadav is known as the Forest Man of India for his work on this island. Eve though fame came to him, he has not changed and he still follows his old routine. He still continues to make his small income by selling milk and fish and still considers Majuli as his own family.

Even today without fail, Jadav visits Majuli daily. He still continues to plant his saplings on the island. He dreams of this sapling becoming the shade and forest of the future.

Although, Jadav does not know anything about global warming or carbon emissions, he knows that it is the nature and the trees that sustains the land and earth. Therefore, he has decided and promised that until his last breath he will plant a sapling in the Majuli Island. Every sand in Majuli knows that Jadav’s  words are true and that he will continue to do his task of planting trees on this island land until his last breath.