Coronavirus: Is it a leaked biological weapon from a bio-warfare lab in Wuhan City? 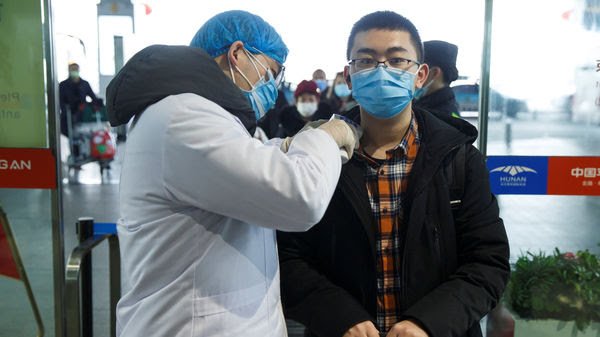 The death toll in coronavirus attack in China climbs over 100,  throwing world countries into a panic situation. According to reports, China is still not able to take control of the fast spreading killer virus. In fact, it is not even in a position to explain the origin of the deadly virus.

Sixteen countries have already reported suspected cases. A reported 50 million people are under lockdown in China.  Trading across the world looks face down.

Amidst such a situation comes a very scary report in the Washington Times (Jan.26) suggesting   the breakout of the killer disease was caused by the dangerous coronavirus which might have escaped from a bio-warfare lab in China’s Wuhan City, where the first case was reported.

“The deadly animal-borne coronavirus spreading globally may have originated in a laboratory in the city of Wuhan linked to China’s covert biological weapons program, said Washington Times, quoting an Israeli biological warfare analyst.

Radio Free Asia last week rebroadcast a Wuhan television report from 2015 showing China’s most advanced virus research laboratory, known the Wuhan Institiute of Virology. The laboratory is the only declared site in China capable of working with deadly viruses, the report said.

“Certain laboratories in the institute have probably been engaged, in terms of research and development, in Chinese [biological weapons], at least collaterally, yet not as a principal facility of the Chinese BW alignment,” Washington Times quoted Dany Shoham, a former Israeli military intelligence officer who has studied Chinese biological warfare, as saying in its report.

Work on biological weapons is conducted as part of dual civilian-military research and is “definitely covert,”  Shoham said in an email, the report said.

“The report seems far-fetched. Chemical and biological weapons are banned globally for the harm they inflict on non-combatants. Yet, some countries are suspected of holding deadly arsenals of germs and viruses that could wipe out millions if released in densely populated zones,”  says livemint.

According to Chinese sources,the virus broke out of an unhygienic seafood market in Wuhan that was selling all manner of meats.

What makes the world worry more is that Coronavirus mutates easily and can spread even in its incubation period, which means the risk of contagion is high even before any symptoms show up.

Tags: Coronavirus: Is it a leaked biological weapon from a bio-warfare lab in Wuhan City?
Related -