Covid 19: China prevents WHO Officials from joining the National Investigation 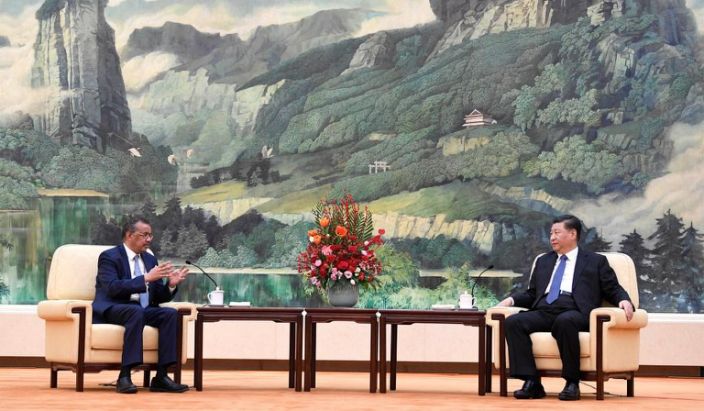 It is reported that China has denied the WHO’s plea to take part in  their ongoing national investigation of Coronavirus spread, which is claimed to be originated in the wet market of Wuhan by China. The decision which disallows the WHO officials in taking part Chinese internal investigation on coronavirus spread has come amidst the allegation that the virus was accidently released from a lab possibly the Wuhan Institute of Virology or the Wuhan Center for Disease Control.

According to a report published by Sky News Dr. Gauden Galea, WHO representative in China, told “We know that some national investigation is happening but at this stage we have not been invited to join,”

“WHO is making requests of the health commission and of the authorities.” He added.

Laboratory logs “would need to be part of any full report, any full look at the story of the origins,” Dr. Galea said. The WHO representative emphasized that “the origins of virus are very important, the animal-human interface is extremely important and needs to be studied. The priority is we need to know as much as possible to prevent the reoccurrence.”

It was the U.S president Donald Trump, who alleges that had China informed in detail about the pandemic, there could have minimized the causality due to the Covid-19, made accusation against WHO for defending China in this regard. On account of the same reason U.S had suspended the funding to the WHO.

However, the World Health Organization on Monday has also dismissed President Donald Trump’s ‘speculative’ claims that COVID-19 leaked from a lab in Wuhan.

However, U.S Secretary of State Mike Pompeo reiterated his claim that the coronavirus pandemic originated in a Chinese laboratory, but accepted there was no certainty.“We don’t have certainty, and there is significant evidence that this came from the laboratory. Those statements can both be true,” Pompeo told reporters.

A spy file compiled by Five Eyes intelligence agencies of the US, Canada, the UK, Australia and New Zealand earlier had alleged that China lied to the world about coronavirus by covering up the outbreak – which is killing tens of thousands around the world and it also said quoting experts that based on this 15 page document obtained by The Saturday Telegraph, a case could be taken against China for its mishandling of deadly coronavirus.