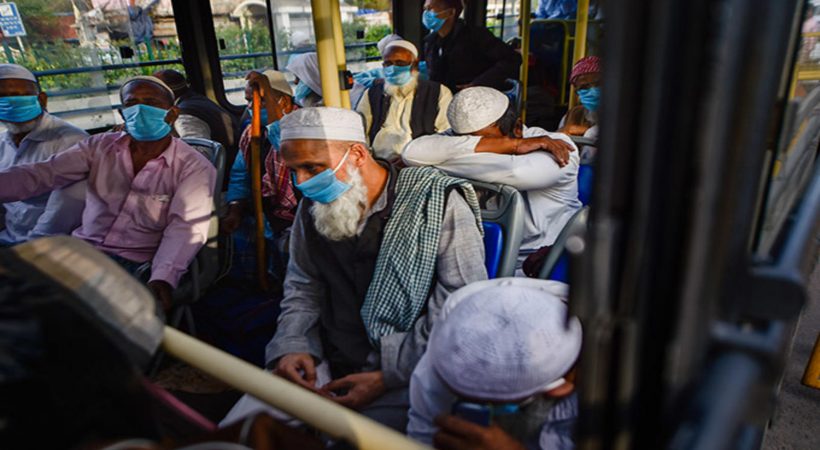 NEW DELHI: The Tablighi Jamaat held a religious congregation at the New Delhi headquarters in the first week of March which saw the participation of more than 1,000 people. The participants included people from countries like Saudi Arabia, Malaysia and Indonesia where Covid-19 had already spread. At the end of the congregation, the participants left for various states and some of them later developed symptoms of Covid-19 that went unnoticed.

It was only after a 65-year-old man of Jammu and Kashmir died on Thursday that people understood the seriousness of the issue at hand. Later, states like Tamil Nadu, Telangana, Kerala and West Bengal too reported positive cases of the coronavirus.

And, overall, as on Monday, 20 people across states who were linked to the congregation had been confirmed positive for Covid-19 and as many as 1000 are under watch for disease symptoms.

This is a four-storey tall building with one narrow Iron Gate. It is known as Banglewali Masjid, and is situated close to the dargah of Sufi saint Nizamuddin Auliya and Ghalib Academy in Nizamuddin West, south Delhi.

The first floor has a huge hall where thousands of people sit together to listen to the preaching by an elderly man. On Monday, sources said, nearly a thousand people were present in the building, many of them from other countries.

Of the 25 coronavirus positive cases reported in Delhi on Monday, 18 were from those who attended the congregation. This includes two foreign nationals.

About 300 people involved directly or indirectly with the congregation are under observation at Lok Nayak Hospital.

Now the situation has become even worse as almost 950 persons of them who attended the prayer have been traveled to different regions of the country, they may have carried the deadly infectious virus and are very likely to spread it in the society.

Seven people are reported to have died after participating this religious congregation so far.

What is the Delhi corporation doing?

What cops are doing