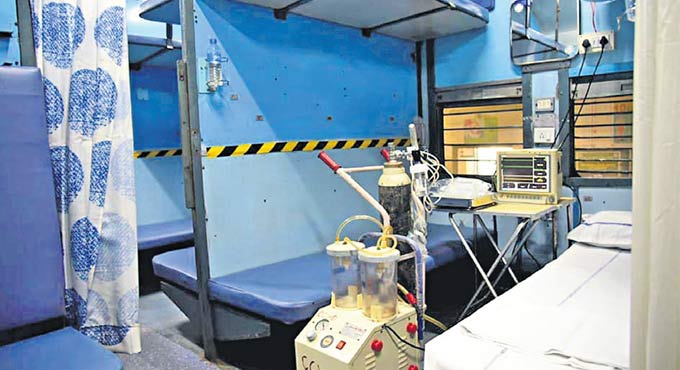 With its cash-starved health system, India is trying hard to contain the coronavirus outbreak and trying out innovative as well as unconventional methods in this regard.  As a matter of fact, it seems to be utilizing all the available resources thus; making an attempt to convert train coaches in to isolation wards.

It is the Jammu and Kashmir state Government who started this scheme first. Following this Sothern railway also encouraged officials to give it a try converting 329 coaches into isolation wards.

According to reports, Works for conversion and modification of 329 coaches into isolation/quarantine coaches are being mobilized at Kharagpur Workshop, Santragachi Depot, Tatanagar Depot and Hatia Depot. Out of 329 coaches, Kharagpur Workshop has been assigned to convert and modify 160 coaches. Santragachi Depot is converting 89 coaches while Tatanagar Depot and Hatia Depot are modifying 20 and 60 coaches respectively. Only Non-AC Sleeper Coaches will be utilised in this regard.

Earlier, Jammu and Kashmir state Government has decided to perform the same on war footing to procure more isolation facilities. According to the Financial Commissioner, Atal Dulloo ,Health and Medical Education Department, this decision was taken after a meeting between Railways department and the Health and Medical Education Department at Jammu during which medical department inquired the possibility of changing at least 100 coaches in to isolation wards and it is understood that the railway has working on this matter.