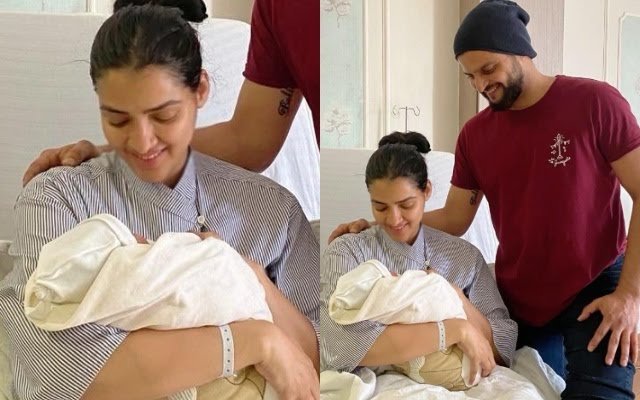 Cricketer, Suresh Raina and Priyanka is blessed with their second child, a baby boy on 16th March 2020. Earlier, the couple was blessed with a daughter, Gracia in 2016.

Suresh Raina is an important member of the Chennai Super Kings team and has been consistently at the third spot. This left-handed batsman has played in nearly 193 games of the IPL and scored around 5368 runs with an average of 33.34. He is also considered the second-highest run-getter in the IPL after Virat Kohli. Kohli scored 5412 runs in 177 games with an average of 37.84 and a strike rate of 131.61.

The beginning of all things – wonder, hope, possibilities and a better world! We are proud to welcome our son & Gracia’s little brother – Rio Raina. May he flows beyond boundaries, bringing peace, renewal & prosperity to everyone’s life. pic.twitter.com/SLR9FPutdx