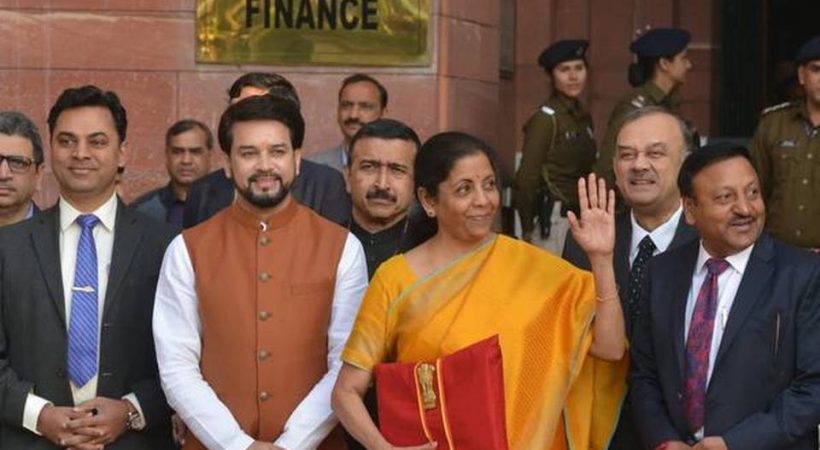 Finance Minister Nirmala Sitharaman in her 2020-21 budget lowered income tax rate  bringing great relief to individual taxpayers. But the lower rates are  applicable only to those who forgo the  tax incentives they enjoyed so far. They are given the choice to continue with the earlier mode of payment or shift to the tax rates that offer no deductions that were allowed in the previous budget.

The budget offers no tax on income uptoRs 5 lakhs. Those who are in the income range of Rs 5-7lakhswill  have to pay 10% tax.

“Anyone who is earning between ₹5 lakh to ₹7.5 lakh (a year) today pays 20% in the current regime. We are now making it 10%,” the minister said in her Budget speech. Those earning up to ₹5 lakh are exempted in the existing regime, which will continue to be the case in the new optional regime too.

The minister said income in the range of ₹7.5-10 lakh will attract 15% tax in the new regime, down from the prevailing 20%.

According finance ministry’s calculations, a person earning ₹15 lakh in a year and not availing of any deductions whatsoever, the benefit of tax cut would be ₹78,000 a year under the new optional tax regime.

There are several deductions, exemptions and concessions that the taxpayer has to forgo which is currently available under Chapter VI-A other than the provisions of sub-section (2) of section 80CCD.This means tax payer may not choose to avail tax benefit under section 80C, section 80D etc. Under section 80CCD (2), salaried employees get the tax benefit on employer contribution to his or her NPS account. The contribution made by the employer up to 10 per cent of salary (Basic plus Dearness Allowance) can be claimed as a deduction from the taxable income under Section 80CCD(2) of the Income Tax Act,1961. There is no upper cap in terms of the amount on this tax deduction. This deduction is over and above the ceiling limit of Rs 1.5 lakh provided under Section 80C and limit of Rs 50,000 under Section 80CCD(1B).