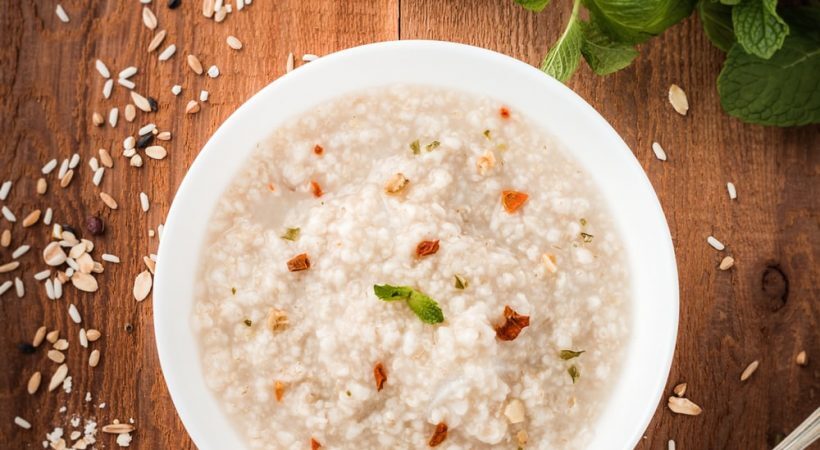 One of the most favorite food items in Kerala ‘pazhamkanji’(Fermented rice porridge) has now attained global fame. It is at the ‘Masterchef Australia’ wherein one of the contestants Kishwar Chowdhury promoted this fermented rice dish and eventually it has become popular across the world.

Pazhamkanji is a porridge and is commonly prepared of using previous days boiled rice and water. The quality of the porridge changes according to the nature of the grain used in it. Different porridges have been used  in India as a nutriment as well as a medicine. All kinds of grains such as brown or white rice, barley, wheat, raagi etc., are used to prepare porridge.

Grain porridge is a common nutriment all over the Asia,  especially in conditions wherein fever and fatigue are a usual occurrence.

In Assam this fermented rice dish is called  poita bhat. It is pakhala bhat in Odiya, pazhaya sadam in Tamil,  geel bhat in Bihar , chaddannam in Telugu and  poita bhat in Bengali.

This fermented rice dish is very poplular not only in India, but also in many asian countries such as Malasia, Thailand , Philippines,and Vietnam.

Grain Porridge has many health benefits too.

Ayurveda, the ancient  medical system of India , attributes a special status to grain porridge  as it has been used as a medicine for many ailments.

In Ayurveda, while preparing this porridge, the water in which the grain is boiled is called ‘Mandam’ and it has been used as an energy drink to activate the body and retain the agility after  a  tiresome work. Among the Mandams, a very potential one is spikelet Mandam, in which spikelet is boiled. It has more medicinal properties than the rice. This drink is also called Laja Mandam.

1. Drinking Laja Mandam is beneficial in  treating vomiting and diarrhea. Moreover, it is helpful in getting rid of fatigue and weakness.

2. Another benefit of drinking Laja Madam is that it helps alleviate dizziness and inflammation.

3. Drinking a cup of porridge water in which  spikelet is boiled can reduce overeating and it will be very beneficial for children, women and older people.

4. Those who  under went Panchakarma treatment and have  a purified body are usually served some spikelet porridge, specially prepared using sourness of pomegranate and long pepper.

Peya and its benefits:

Another porridge  prepared adding more water and less grains is Peya  as it is called in Ayurveda and it is used to reduce fever and stomach diseases. It is also beneficial in treating constipation and  getting rid of fatigue. Moreover, Peya helps to increase appetite.

People also used to make porridge  with more grains and less water. It is called Vilepi in Ayurveda . Having a small amount of Vilepi reduces over appetite and it is useful in treating diarrhea. 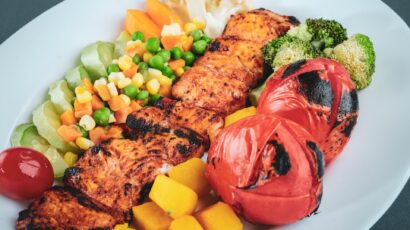 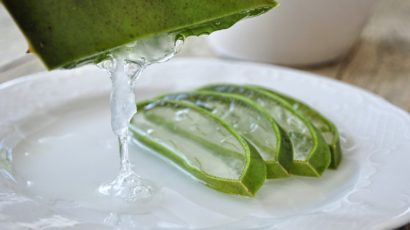 Aloe vera shots and facial mists may seem like all the rage these days, though these remedies are much more.... 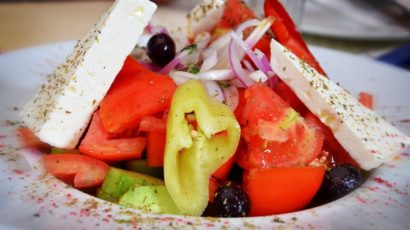 theadmin | May 26, 2020
What to eat, when suffering from inflammatory bowel disease (IBD Nutrition

One of the most frequent questions that patients with inflammatory bowel disease (IBD) ask is: what should I eat? It....