How Japan and Vietnam contained the coronavirus spread?A story of their struggles 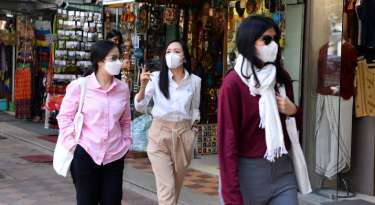 The number of positive cases for the coronavirus rose to 1200. Death toll was 43. These were the figures that Japan released five days back.

What we need to know is that Japan is a country with a large number of senior citizens and also one of the greatest population density. Not just that, it shares its border with China which is known as the epicenter for this virus. In January alone, the number of people who reached Japan from China is 9,25,000. In February it was 89,000. And so, it is just natural to think that this virus will get hold of Japan. But, what happened was something unexpected.

Japan reported very few positive cases of the coronavirus although it was criticized that the Japanese government was hiding the actual figures. According to political scientist, Koichi Nakano – Prime Minister, Shinzo Abe, did not want to postpone the Olympics that was supposed to happen in Japan and for this reason, he had to project Japan as a healthy and safe nation due to which he refused to release the actual figures of those infected with the coronavirus. This was thought to be the reason why many say that the actual coronavirus positive figures of the country was not released.

But this is far from the truth. As soon as the Japanese got the information that there was a virus outbreak they started acting very quickly. They did not wait to think. Schools were immediately shut down for the next three weeks and public functions were cancelled but shops and restaurants continued to function. Few employees sought to work from home.

In spite of the country having the capacity to examine 6000 people per day, only a screening test for those with severe symptoms was done. Till today, Japan just examined a total of 14,000 cases only. This was 20 times lower than the cases examined in the neighboring country, South Korea. Some argued that the unreported cases in Japan were much more than the reported cases.

But the health authorities completely ignored these criticisms. Instead, they conducted extensive tests, that helped them control the spread of the virus.

In a primary school in the northern island of Hokkaido in Japan a corona positive case was identified. Soon after the identification, authorities decided that all the schools remained closed and they declared emergency in the whole country. The authorities claim that by doing this they could wash away the virus from the country in three-weeks time. Also, the health authorities in the country gave more importance to critical cases than those cases that showed mild symptoms.

Another point to be noted is the way the Japanese greet each other and their lifestyle. This indeed helped a lot in containing the spread of the virus. Washing hands, using mouth washes, wearing a mask are all part of the daily activities of an average Japanese. We learnt and practiced these habits even before the influx of coronavirus, said a Japanese citizen.

Because of this lifestyle, it was easy for a Japanese citizen to get used to the anti-infection mode. They placed hand sanitizers at the entrance of all shops and institutions and wearing a mask became part of their civic duty.

In a normal situation the number of face masks the country needs is around 5.5 billion. But, after the virus infection, its numbers surged. Now masks are available in Japan on ration. To buy these masks, people did not mind waiting patiently in queues till the shops opened in the morning while still maintaining social distancing.

According to these citizens, they wear mask to protect others first and later themselves. According to the health authorities in Japan, using masks have not just helped in containing the coronavirus but also the other epidemics also. The authorities claims that apart from washing hands and using sanitizers, face mask has a huge role in reducing the number of coronavirus positive cases in the country. After it was found that there was a great decrease in the spread of the virus, the PM, last week, removed some of the restrictions placed in different departments in the country.

Schools reopened and classes started after the students were asked to maintain social distancing. Amusement parks too opened. But people with fever were banned from any kind of contact with other for the time being. The ban on huge public functions still stand good.

Right now, Japan is cautious about whether they will have to go through the second stage too. They have taken the necessary precautions for this too. Right now, they consider foreign travelers as a big threat. People from South Korea and European Union are still banned from coming to this country. Though the foreigners living in Japan are free to move to their homeland according to their wish. As per unofficial reports, these steps and bans will continue in Japan till the last week of April.

The Vietnam model of containing the virus

The Vietnam government started its war against the virus the very moment when China announced its outbreak. In a meeting with the ruling communist party, Prime Minister, Nguyen Shuan Fook said that this virus that is easily and wildly spreading in China will not take much time to reach Vietnam. He said that fighting against this epidemic was like fighting a war against an enemy.

Vietnam is just 1,100 km away from China but the total number of cases reported here are just 153. No death case has been reported so far. The reason for these small numbers is the preventive measures that the country took.

The two main factors to be considered to fight the virus across countries are government funds and the public health system. Vietnam does not have both. Vietnam is not capable of conducting 3,50,000 examinations as done by South Korea. The medical system here is scarce and limited. Therefore, the steps that this country took was to immediately get into prevention. They took firm steps for ensuring quarantine. They tracked down all the people who they knew were in contact with those that tested positive for the virus. Also, Vietnam is known to have implemented these measures faster than China.

Tags: How Japan and Vietnam contained the coronavirus spread?A story of their struggles
Related -