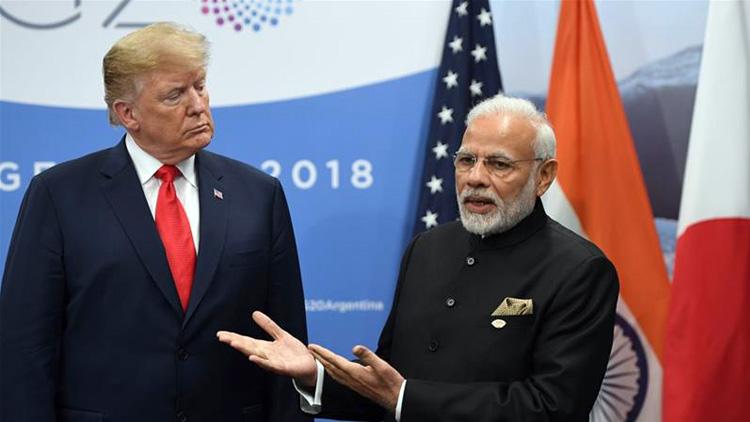 Considering U.S President Donald Trump’s request to release the stocks, India has partially lifted export ban of hydroxychloroquine, an anti- malaria drug which is believed to be effective in treating Covid-19. Country also lifted the ban of paracetamol too, to clear “all existing orders”. Report says.

There were similar orders from other countries too, especially from neighbouring countries like Srilanka and Nepal and India being told that it is reviewing its export ban order.

Last month, India had imposed a ban on export on coronavirus medicines and equipments including Hydroxychloroquine.

But in a statement on Tuesday Indian government spokesperson, Anurag Srivastava clarified that India has decided to export some stocks to U.S considering that “confirmed the availability of medicines for all possible contingencies currently envisaged”.

He also added that hydroxychloroquine would be kept in a licensed category, and demand for the medicine will be continuously monitored by a team of experts.

Hydroxychloroquine tablets are mostly used in treating malaria, lupus and rheumatoid arthritis, but U.S President thinks it will also help treat covid-19 and over the past week, he has been belligerently arguing that it would be helpful in containing covid-19 in U.S despite having any conclusive evidence for the claim.

Trump also insisted Indian Prime minister Narendra Modi to release the hydroxychloroquine stocks and in a statement he said “I would be surprised if he (Modi) would, you know, because India does very well with the United States,”

During a press briefing at the white House on Mondy, Trump added: “I spoke to him (Modi) Sunday morning, called him, and I said we’d appreciate your allowing our supply to come out. If he doesn’t allow it to come out, that would be OK, but of course, there may be retaliation. Why wouldn’t there be?”