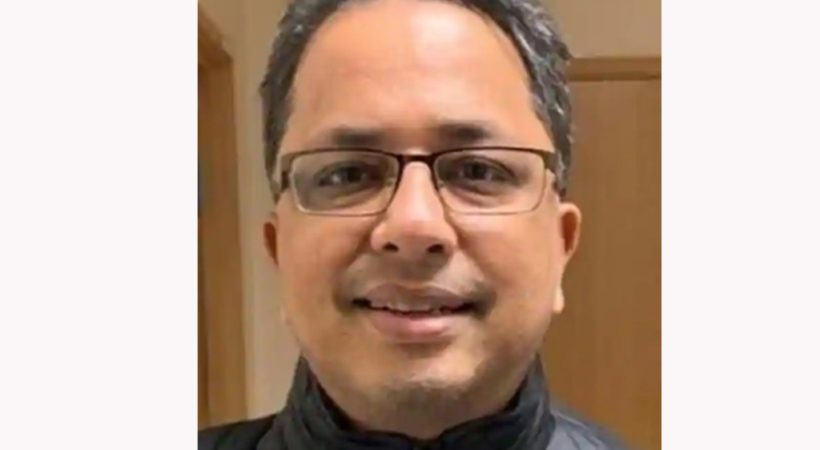 An Indian – origin doctor, Rajesh Gupta , who was on Covid-19 duty, was found dead in a hotel room in London. The doctor was staying in a hotel room to keep his family safe in their house as being a doctor he was inclined to be infected very easily. According to reports many health workers in the U.K have been staying away from their families to block the chain of the pandemic.

According to reports Rajesh Gupta received his medical degree from Jammu University in 1997, immigrated to the U.K in 2006 was pursuing his profession there as a specialist pain medicine and consultant anaesthetist .

The Frimley Health NHS Foundation Trust who paid tribute to him on Friday remembered him as a kind,enthusiastic and versatile person who had interest in writing,painting, photographing and cooking. Dr. Gupta have written many books and published articles in various journals.

“Rajesh, who worked as a consultant at Wexham Park Hospital, was found dead on Monday afternoon in the hotel where he had been staying to protect his family while he worked with us during the coronavirus pandemic. At this stage the cause of his death is not known”.

“Rajesh was a popular and well-known figure across the trust, described by colleagues as an outstanding clinician with a passion for pain medicine. He had recently been appointed to a substantive post at Wexham after working for a period as a locum consultant at Frimley Park”, the trust said.

The trust added: “He will be greatly missed. On behalf of the whole trust we would like to pass our deepest condolences to Rajesh’s family and loved ones, including his wife and young son. This news has come as an enormous shock to Rajesh’s immediate colleagues and we are supporting them at this difficult time”.