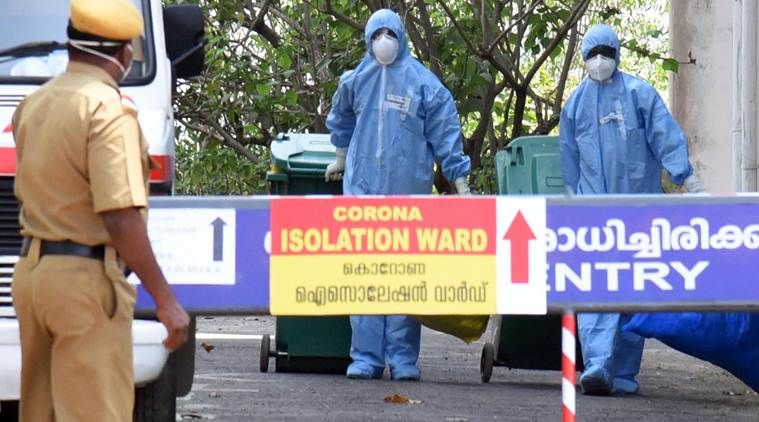 The first  Indian coronavirus patient , who was undergoing treatment  at the Thrissur Medical College Hospital, has been cleared of the killer  disease and discharged from the hospital, a report by Press Trust of India  (PTI) in livemint.com  said. The Keralite woman student had  arrived in Trichur last month from Wuhan, the epicentre of the deadly virus  outbreak in China. As tested positive on arrival , she was immediately moved to the  isolation ward at the medical college hospital and was undergoing treatment .

The decision to discharge her from the hospital was  taken by the Medical Board, which met and examined the results of the woman’s samples  that had tested negative for the second time, PTI said quoting health officials.

“”The health condition of the third patient at Thrissur Medical College Hospital is satisfactory. The second consecutive test result of the blood sample of the student, sent to the National Institute of Virology in Pune, has returned negative,” Health Minister K K Shailaja said in a release on Wednesday .

According to the report , all the three  students, who arrived from China early last month ,  are now fully cured.

The  women , who  belong to Trichur,  Alappuzha and Kasaragod in Kerala ,  were studying in Wuhan, where the deadly virus

The student admitted to the isolation ward of Alappuzha Medical College was discharged on February 6 while the patient from Kasargod sent home five days later.

The health department has said a total of 2,242 people are under observation across the state, out of which, eight are in isolation wards of various hospitals and other under home quarantine, PTI  report in the livemint said.

Earlier, after the three students tested positive, the government had declared the coronavirus as a state calamity, but withdrew it after effective quarantine and no fresh cases being reported.