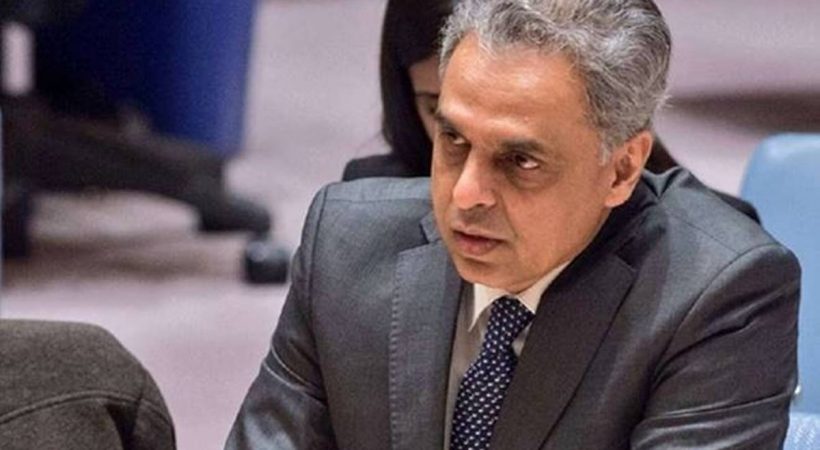 India’s permanent representative at United Nations Syed Akbaruddin has retired on Thursday and he greeted António Guterres, the Secretary-General of the UN via video conferencing. Hailed as one of the finest Indian diplomats, Akbaruddin was appointed to the post on November 16, 2015. He will be succeeded by another veteran diplomat TS Tirumurti, currently serving as Secretary in the Ministry of External Affairs.

In bidding adieu video with the UN chief on Twitter, Akbaruddin said that it is time for him to ‘bow out’. He said that before leaving he would make only one demand from the chief. “Before I leave secretary-general I have one small last request. And that request is in the Indian tradition when we leave or when we meet we don’t say hello, or shake hands, we say Namaste, so before it ends, I want to say Namaste to you and if you can reciprocate.”

Time to bow out, with the usual🙏🏽 pic.twitter.com/BM6m7j7qQW

Syed Akbaruddin is retiring after sewing many feathers on his hat. He successfully resisted Pakistan’s attempt to raise the Kashmir issue at the United Nations after the abrogation of Article 370 and played an important role in designating 26/11 mastermind Masood Azhar as a global terrorist.

It was during Syed Akbaruddin’s term that India made history at the United Nations after winning electoral contest against Britain for the re-election of Justice Dalveer Bhandari at the International Court of Justice (ICJ) at The Hague.