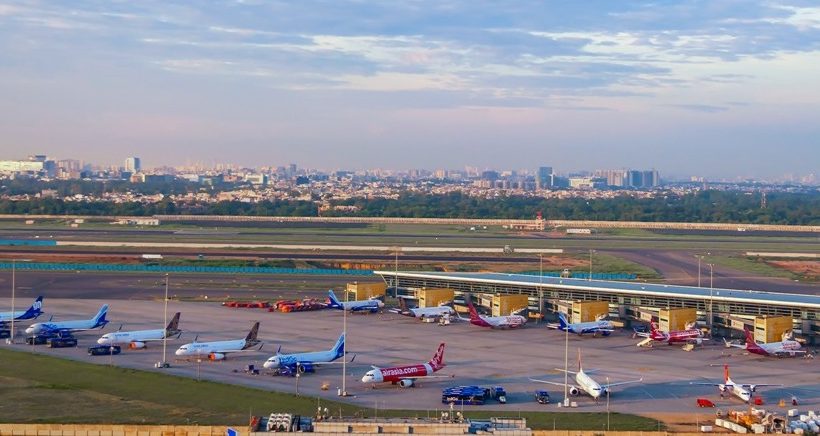 Operations for international arrivals are running smoothly at Delhi airport. After the implementation of the new COVID guidelines, a total of 1,013 passengers have completed their arrival formalities, including taking RT-PCR tests, airport officials said, PTI reported.

According to the report, the strict guidelines for international passengers , especially coming from ‘at-risk’ countries, came into effect from Tuesday midnight amid rising concerns over the emergence of the COVID variant Omicron.

Earlier, ministry of Health and Family Welfare had added Hong Kong and Israel to the list of countries from where travelers would need to follow additional measures on arrival in India, including post-arrival testing considering the detection of new COVID variant ‘Omicron’ in South Africa.

Countries from where the travelers would need to follow additional measures on arrival in India are South Africa, Brazil, Bangladesh Botswana, China, Mauritius, New Zealand, Zimbabwe, Singapore, Israel, Hong Kong, countries in Europe including the UK.

In a series of tweets, Delhi airport said operations for international arrivals are running smoothly after the implementation of the new guidelines laid down by the Union health ministry.

“Total 1,013 passengers from 4 ‘at risk’ flights, successfully completed arrival formalities due to availability of Rapid PCR Test along with RT-PCR test.

Three flights were from London, and one was from Amsterdam, according to an airport official.

Under the new norms, RT-PCR tests are mandatory for passengers arriving from ‘at-risk’ countries, and they will be allowed to leave the airport only after the test results come. Also, randomly five per cent of the passengers arriving on flights from other countries will be subject to the test.

While no cases of Omicron have been reported so far in India, the Union health ministry has asked states and Union Territories to ensure RT-PCR tests for travellers coming from ‘at-risk’ countries on the first day of arrival and retesting on the eighth day.

The ministry, on Tuesday, also advised international passengers from ‘at-risk’ countries to prepare to wait at the airports till the report of the RT-PCR test has come and not book connecting flights beforehand.

“Civil Aviation Secretary Rajiv Bansal on Tuesday “reviewed the preparedness along with officials of #DIAL, #DelhiGovt, @DelhiPolice, @CISFHQs, #APHO, #Immigration, #Airlines & #DelhiGovt,” according to a tweet by the Delhi airport.

In a series of tweets on Tuesday, Air India said that in view of updated arrival requirements for passengers arriving from countries at risk into Delhi, passengers may not be able to connect onto the domestic leg of their onward travel.

“To facilitate such passengers we are providing free change of booking to subsequent domestic flights,” the airline said, the PTI reported.

Earlier, it was reported that international travelers arriving at Delhi’s Indira Gandhi International Airport had encountered unusual delay and unprecedented stress as they stand in long queues, for hours, during the X-Ray checking of baggage at the exit of the terminal gates.