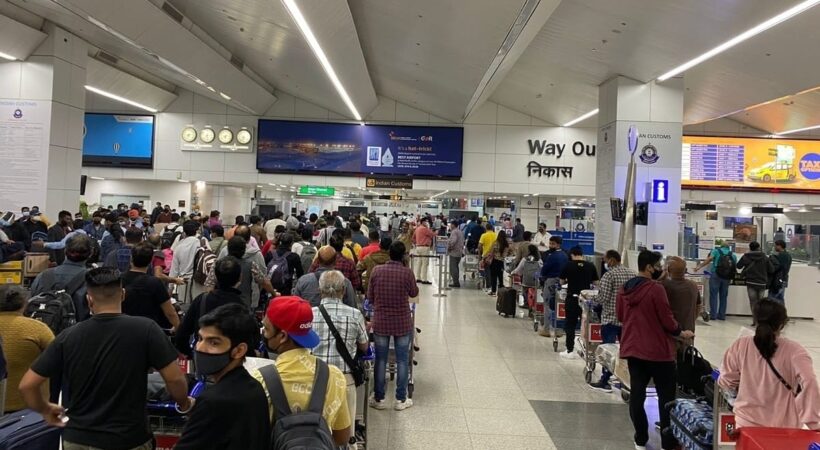 India recently made it mandatory for passengers who came from abroad to undergo 100 percent custom X-ray screening of baggage on arrival.

Now it is reported that international travelers arriving at Delhi’s Indira Gandhi International Airport have encountered unusual delay and unprecedented stress as they stand in long queues, for hours, during the X-Ray checking of baggage at the exit of the terminal gates.

According to a report by ANI, the customs officer of Delhi Airport confirms that a 100 percent X-ray check is now mandatory for baggage at Delhi Airport for international travelers arriving at the national capital.

“At present, we have three X-ray machines at Delhi airport. We have to ask our top officials to do 100 percent scanning of international passengers at arrivals. In this regards customs officers have received the orders,” the customs officer further added.

Recently, Delhi Airport Customs inaugurated a new X-Ray (scanner) machine to monitor dutiable items and made the screening of baggage of international arrivals compulsory, especially early in the mornings.

Several international travelers, while talking to ANI stated their dissatisfaction with the customs authorities on mandatory X-ray checks of their luggage.

Another international traveler told ANI that it is the failure of airport customs intelligence-gathering abilities that they had to rely on the solitary x-ray machine to catch smugglers.

ANI also contacted the Public Relation Officer (PRO) of Delhi airport Customs regarding the complaint of passengers on the mandatory custom X-ray check. However, the airport customs refused to comment on the same.

Earlier this month, the check-in area of the passengers at the Mumbai airport witnessed massive chaos during the last boarding time. The failure of crowd management at the airport resulted in passengers at the Chhatrapati Shivaji Maharaj International Airport (CSIMA) missing flights in Mumbai.

A major complaint has been filed by international travelers to airport customs and on social media that there is an urgent need for hassle-free exit from customs and it is expected that airport customs will come up with a new barrier where passengers do not feel harassed. (ANI)