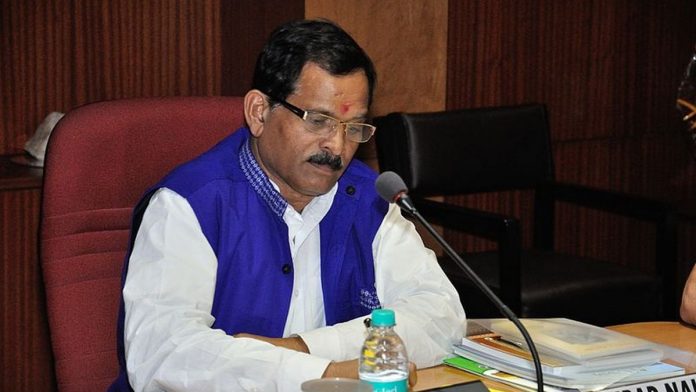 New Delhi: AYUSH Minister Shripad Yesso Naik has sought proposals from alternative medicine practitioners especially Ayurveda for possible treatment of the coronavirus. He said all claims will be validated by a team of scientists before they are adopted in real life. Speaking to a leading international publication, Naik mentioned about how some doctors told him that Prince Charles who had tested positive for coronavirus was “treated by Ayurveda and homoeopathy”.

“The Prime Minister had recommended that the ministry should work towards scientific evidence-based solutions from the AYUSH system to keep a check on the spread of the pandemic,” Naik told media people from Goa on Wednesday. “We have set up a channel and are requesting all AYUSH practitioners, institutes, associations, to send their suggestions and proposals that will be scrutinised by a group of scientists. This will help in fighting the coronavirus.”

Naik also said that the ministry was worried by the false claims made by many that they could treat the coronvirus. He added that strict action would be taken against those who try to spread such fake messages and mislead the general public.

“There are reports that even Prince Charles who tested positive for coronavirus was treated by Ayurveda and homoeopathy. Some doctors have informed me about it though I don’t have proof for it. So, we need to support our technique with scientific claims so that it can be used widely,” he said.

He also said that the ministry has already started getting the help of video conferencing and social media to reach out to AYUSH practitioners who can help the ministry in putting an end to all false and unsupported claims made against the treatment of coronavirus.

Naik had also put in a word with the Prime Minister and the government to give them a chance to use the AYUSH system (alternative medicine) to treat patients.

Naik also said that he had already discussed with the academia, the industry and his ministry officials on promoting AYUSH therapies in fighting Covid-19. “Minister of Commerce and Industry Piyush Goyalji was also present at the meeting, apart from doctors and representatives from the industry,” he added.

When asked about circulars that the ministry has issued to contain the spread of the virus and later withdrawn due to criticism, Naik said that the measures mentioned in the circular were just preventive in nature.

“The circulars were later reissued with a bit of a clarification that whatever was suggested by the ministry to tackle coronavirus was preventive in nature,” the minister said. “As far as treatment is concerned, we are going to highlight such measures that can be proven scientifically and have already started work on them.”

The minister also said that the AYUSH treatment can come handy in villages where people have been making use of Ayurveda for years.

On 31 March, the minster issued certain guidelines on self-care for prevention of the disease and increasing immunity with special reference to respiratory health. These guidelines were supported by Ayurvedic literature and scientific publications.

Some of the recommendations included daily practice of Yoga and meditation, and use of turmeric, cumin, Coriander and garlic in cooking for general good health, and consumption of Chyavanprash, herbal tea to boost immunity.