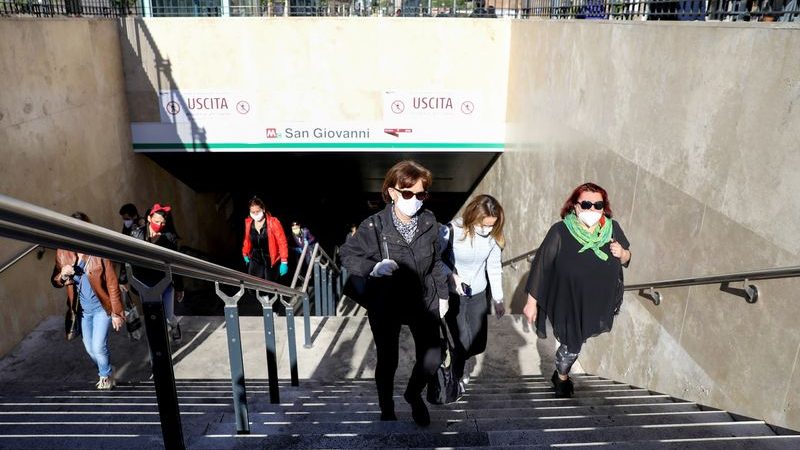 Since lockdown, is eased in Italy for the first time in nine weeks, streets and tourist spots are being occupied by  citizens. Countries like Spain,Portugal and Germany also partially lifted the lockdown. According to reports Italy has re-opened restaurants for takeaways and allowed people in parks.

As many have started travelling to visit relatives and millions of builders and factory workers returning to work sites,Trains and Platforms again became crowded in Milan. It is reported that more than four million people are expected to return to work at factories and construction sites.

However regional government is ensuring the safety of people by strictly following the norms of social distancing and other measures. Government officials said.

As Germany has re opened schools for summer exams, pupils are given permission to enter the school.

In Portugal, Government lifted the state of emergency and many shops are being allowed to open even though failure to wear a mask will cost 350 Euro fines.Spain is also allowing to open hairdressing salons on a condition that only one person could be admitted at a time.