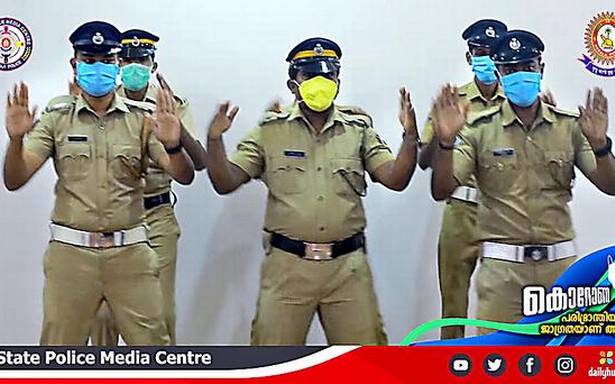 Kerala police hand wash awareness video in a dance form was received with great applause by the international media. Through this video, the police explain how the hands should be washed through a light dance. The video has since gone viral in the social media circles.

BBC, Fox News 5, South China Morning Post, Sky News and other international media have made news about this ‘break the chain’ video of the Kerala Police.

The BBC mentioned in its news that the efforts taken by the Kerala government to contain the spread of the virus is commendable and deserves praise. The dance video is played in the backdrop of a musical from the latest Malayalam movie – Ayyappan and Koshi.

The video clearly explains how the hands should be washed well so that the spread of the virus can be avoided. The police inspectors that appear in the video are Ratheesh Chandran, Shifin C Raj, Anoop Krishna, Jagad Chand B, Rajeev CP, Hari Prasad MV.

This video that was shared through the facebook page of Kerala Police Media Center went viral very soon.