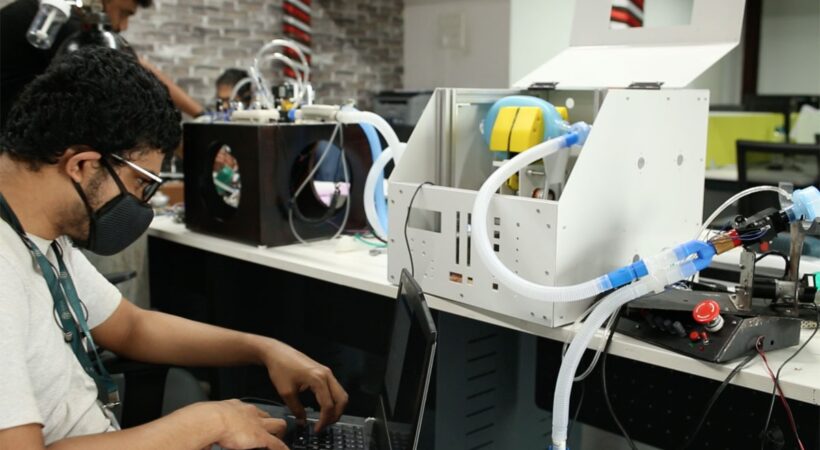 Sinergia Media Labs (simelabs) under the Kerala Startup Mission(KSUM), which is claimed to be partnered with a US-based not -for profit organisation, is all set to launch low cost ventilators in the wake of coronavirus pandemic which is claiming thousands of lives everyday.

In a release, the Sinergia which is located in SmartCity-Kochi, said they had tied up with the Project Prana Foundation of Massachusetts , along with Ionics3DP (Chennai) and Aruvii (Singapore)to operationalise the individualized System for Augmenting Ventilator Capacity which enables patient-specific therapy in several countries.

The three-firm consortium has completed functional prototypes of their designs for BVM-based emergency resuscitator INDVENTR-100 besides INDVENTR-200, a feature-rich pneumatic design that addresses an affordable range of cost and capability points, a release said here.

“INDVENTR-100 is priced low. As an ambu bag-based respirator, it offers multiple ventilation schemes,” said Sinergia CEO Derrick Sebastian, revealing that the device, which works on mandatory as well as spontaneous modes, is based on a design by MIT of America.

On the other hand, INVENTR-200 goes by a pneumatic blower-based design. It is rich in features, he adds.

Silji Abraham, an advisor of the IndVentr consortium, describes iSAVE as a carefully-designed and thoroughly-tested ventilator-sharing platform. “It can quickly scale up the ventilator infrastructure around the world which is currently under heavy challenge by the coronavirus epidemic,” he said.

Added actor-producer Prakash Bare, the project head at IndVentr: “This frugal solution costs less than Rs 20,000. It augments perfectly the solution space we have been focusing on.”

Project Prana Foundation President Shriya Srinivasan says her organization and the consortium will offer both low-cost ventilators and multiplexing systems to markets in India and neighboring countries.

According to Khalil Ramadi, vice president of the 2005-incepted Foundation, “This effort is poised to equip and greatly expand the capacity of healthcare systems in developing nations.”

The 2006-founded KSUM is the Kerala government’s central agency for entrepreneurship development and incubation activities in the state. 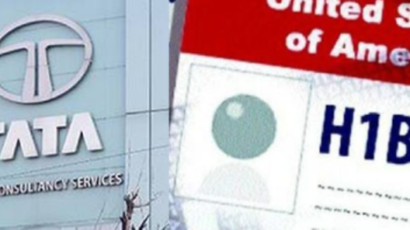 Indian IT major Tata consultancy service on Monday informed that they have increased the local hiring in the U.S and....