Living in isolation is hard… but it’s not without benefits 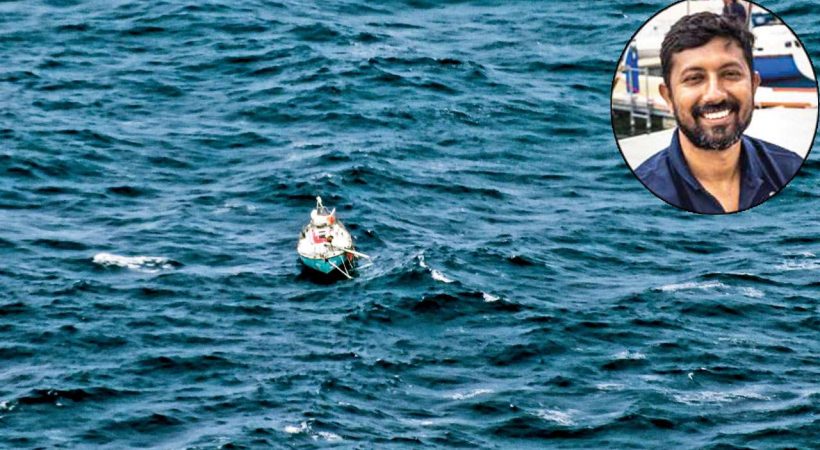 Living in isolation is not without benefits. It is a time to blow the dust off those books and read, to make those calls which you have been deferring, to practise a hand at cooking, to make paper planes and to pursue those innumerable things that you postponed because you felt you never had the time, celebrated adventurer Naval officer Abhilash Tomy writes in  Hindustan Times

I have spent 275 days in total isolation under trying circumstances.

My exposure to solitude was the result of volunteering to voyage alone at sea, one of which even resulted in a debilitating spinal injury and being stranded in a remote corner of the planet for three days waiting for rescue. This gave me an opportunity to study my own behaviour and response to prolonged isolation and also develop mechanisms that would help me cope with and survive it. My thoughts, therefore, do not flow as if it were from an expert or academic but from experience.

In a society our lives are defined by our relationships with others and by the devices we construct to establish order- time, hierarchy, morals etc to name a few. Needless to say, withdrawal from society entails a breakdown of such devices and the compass we look at for orienting stops pointing in any particular direction. The first such device to breakdown in isolation is the sense of time.

Sleep and meals become irregular and a few days later one can’t tell if it is a Monday or a weekend. Not that it matters if you have been doing nothing all through the week but it does help to have a routine to orient you in time. Getting your routine right is also the easiest to hack.

Social isolation also can lead to a certain kind of loss of sense of self or identity. I am particularly speaking about the identity that is derived from one’s relationship with others – relatives, colleagues, subordinates, etc, in fact anyone one comes in contact with. In my case, only prolonged isolation has any effect on the sense of self. I deal with it at deeply philosophical level but for anyone experiencing isolation for the first time, the easiest way is to remain in regular contact with friends, relatives and colleagues.

Loss of short term memory could be another effect of isolation but I don’t see this being of any negative consequence to one’s mental health. What could be worrying are conditions such as depression, anxiety, boredom and emotional instability which creep in despite one’s best efforts. But then that is only natural given that humans have evolved to think adaptively rather than logically in many contexts and negative emotional responses are part of our defensive system.

A certain amount of these emotions are necessary for survival but if they take charge and cause grief, a few simple steps can get you out. I commonly use chanting and focusing on breath as the first steps to get the mind under control. It doesn’t matter what you chant as long as it is a repetitive sound, and while you focus on your breath ensure that the breathing is slow and measured. At the beginning it is a struggle, but in some time you can see your anxiety levels drop and mood elevate. It might not be euphoric but you can get your mind to a state where you can dictate more or less what to feel.

Once I reach that stage I resort to another trick which is to shift perspective. The same situation can be seen from various perspectives and there is at least one perspective where everything makes sense, at least for the time being. Humour is a perspective which rarely fails in my case.

I have also experienced three distinct phases in isolation. In the first phase I tend to stay in touch with people and seek out communications. In the second phase I become indifferent and in the third phase I even become suspicious of outsiders. Towards the end of the period of isolation, there is a renewed vigour and a sense of relief but I have also learnt to exercise particular caution during this time since sailboats are notorious for not arriving at their destination on time.

I stop looking at the destination and take each moment as it comes so that I can spend indefinite time at sea all by myself in my own silence. Take each day as it comes because you can never tell when the finish line is shifted.

Living in isolation is not without benefits. It is a time to blow the dust off those books and read, to make those calls which you have been deferring, to practise a hand at cooking, to make paper planes and to pursue those innumerable things that you postponed because you felt you never had the time.

It is also a time for shutting out the outside world and explores the universe inside you. Who knows, you might even fall in love with solitude and discover a different kind of freedom that is not defined by freedom of action, speech and movement but by freedom of thought. In a voyage that lasted 151 days, there was only one moment where I felt depressed and miserable. I was at the midpoint of the journey and I realised I had only 75 days of solitude left!

(Commander Abhilash Tomy is a naval officer and a decorated sailor).

Tags: Living in isolation is hard... but it’s not without benefits
Related -