Love in the time of pandemic: Doctor weds nurse in hospital 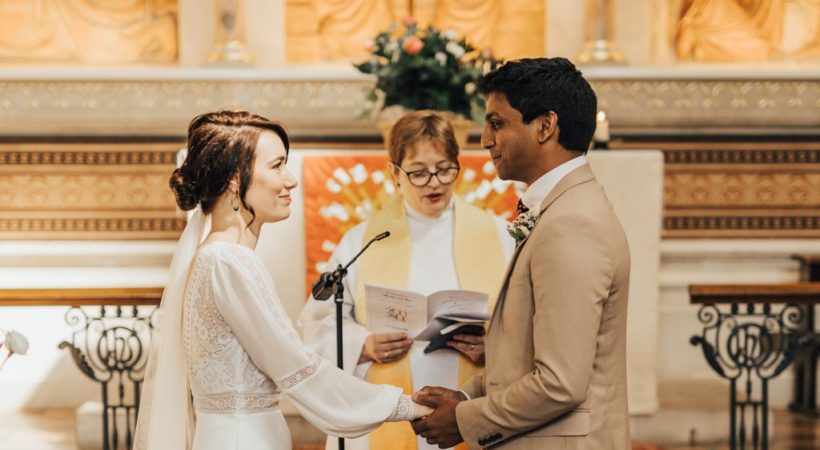 A captivating love story of a doctor and nurse has been conquering the hearts all over the world amid coronavirus worries. It is Nurse Jann Tipping and Doctor Annalan Navaratnam who are the sensations on social media during this time of pandemic after they tie the knot at St Thomas’ hospital in London where both of them are working.

According to the reports the couple was decided to marry before but later changed the plans because of the current crisis. However, though on coronavirus duty, both of them are managed to say ‘I do’ in a chapel situated in their work place as their family and friends witnessed the ceremony on live-streaming.

Even though the ceremony was actually done in April, the pictures are gone viral recently as they shared it on the Twitter handle of the hospital lately.

The hospital has shared several pictures of the happy couple in the tweet and also provided a link to a blog which detailed the couple’s love story.

After shared two days ago, the post has already gathered over 20,000 likes and nearly 2,300 retweets. From wishing the couple a wonderful life in future, to calling the tweet “a ray of hope,” people flocked on the post with good wishes.

“That is amazing. Congratulations to you both and well done @GSTTnhs for allowing these guys to get married in that beautiful chapel,” wrote a Twitter user. “A beautiful gown and a lovely couple. Huge best wishes,” expressed another. “Awww… so nice to read this. Congratulations for both of you,” tweeted a third. “It’s is so lovely and heartwarming in these dark times to see a true love story,” wrote a fourth.

“It was nice being just us, it felt very intimate. One of our witnesses live streamed the service so our friends and family could watch,” said Tipping.

“It was a lovely wedding and the chapel is beautiful, although it did feel surreal getting married where we work, and in a hospital. St Thomas’ is such a special place to us both, and especially to me, having been here for the last six years. Now there is an extra reason why it’s so important to us,” she added.

“Jann and I wanted to get married from the moment I proposed. We’re so happy that we have been able to commit ourselves to one another and that the hospital has been able to support us to do that,” expressed Navaratnam.