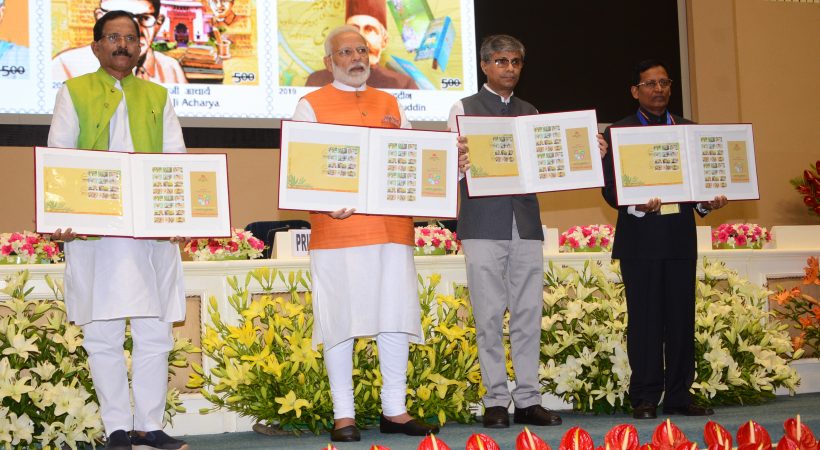 Great Ayurveda exponent and Sanskrit scholar   Vaidyabhushanam K Raghavan Thirumulpad from Kerala is among the honoured with commemorative postage stamps.

Prime Minister Narendra Modi on August 30 in New Delhi presented Yoga Awards to the winners of PM’s Award for Outstanding Contribution for Promotion and   Development of Yoga, which were announced during the International Day of Yoga, 2019 in Ranchi, along with the two winners of the previous year.  He has also released   commemorative postal stamps in honour of 12 eminent experts of alternative medical systems at a function organised by the Ministry of AYUSH at Vigyan Bhavan.

The award included a Cash Award of Rs. 25 lakh, Trophy and a Certificate, according to an official press release.

Among the honoured is Vaidyabhushanam K Raghavan Thirumulpad, the eminent Ayurveda physician and Sanskrit scholar. Known for his ethical and at the same time rational approach to the practice of medicine made Thirumulpad very popular and inspiring among medical practioners. The government had honoured him with Padma Bhushan posthumously in 2011. .

The Prime Minister has also launched on the occasion 10 AYUSH Health and Wellness Centres (AYUSH HWCs) located in Haryana.

He said out of 12,500, AYUSH Health and Wellness Centres, the government is planning to build across the country, and 4,000 centres would be completed this year.

According to an official press release, these centres will be complementing the National Health Policy, 2017 that insisted upon integration and mainstreaming of AYUSH services in conventional health care delivery system. It would be a historic beginning in mainstreaming of holistic, preventive, curative, rehabilitative and palliative AYUSH care for achieving comprehensive health care.