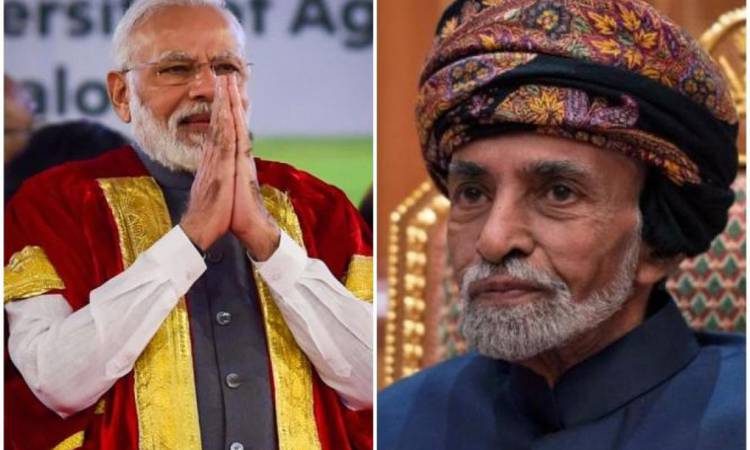 Prime Minister Narendra Modi has offered his condolences to the people of Oman following the death of His Majesty Sultan Qaboos bin Said.

“I am deeply saddened to learn about the passing away of His Majesty Sultan Qaboos bin Said al Said,” said PM Modi.

“He was a visionary leader and statesman who transformed Oman into a modern and prosperous nation. He was a beacon of peace for our region and the world.
“Sultan Qaboos was a true friend of India and provided strong leadership for developing a vibrant strategic partnership between India and Oman,” added the Prime Minister.

“I will always cherish the warmth and affection I received from him. May his soul rest in peace,” Prime Minister Modi said.—Times of Oman