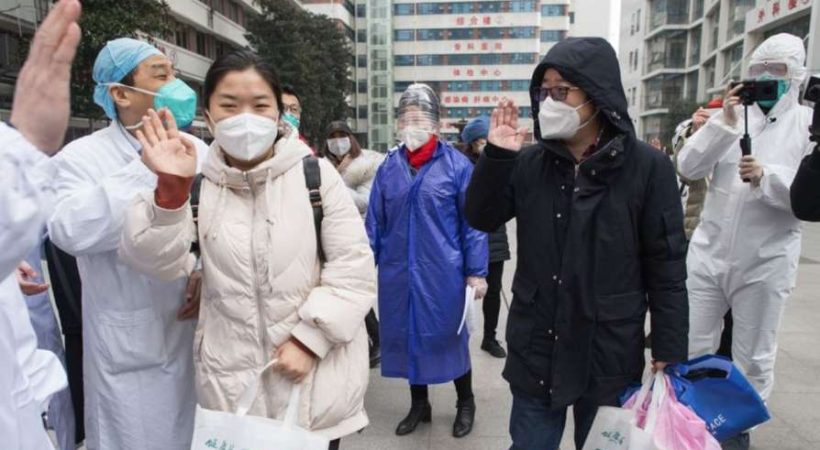 Yes, it is true that the coronavirus positive cases in China is decreasing, but on the other hand, the imported coronavirus cases in the country has reached a record level. It is understood that the entry of infected travelers into the province is putting pressure on the health authorities such that they are forced to toughen their entry rules and boost up health protocols.

According to daily figures reported on the disease on Thursday, for a second day in a row, there has been no domestically transmitted cases of the virus in the state.

At present, the focus is on guarding the country against cases arriving from abroad. The spread of the coronavirus in Europe and North America sparks a rush home by Chinese expatriates, many of them students, raising fears of a second wave of infections just as China brings its epidemic under control.

The National Health Commission reported that Mainland China has confirmed 39 new cases on Thursday and all of them are imported. Among the infections that are imported, 14 were found in Guangdong, 8 in Shanghai and 6 in Beijing, the health authority said in a statement. Also, big transport hubs like the capital, Shanghai, Guangdong and other cities like Shenzhen city, near Hong Kong, are some of the main points of entry for the infected travelers.

However, on Thursday, imported cases were also reported in certain cities like Tianjim, Liaoning, Heilongjiang, Shandong and Gansu in the north, as well as in Zhejiang, Fujian, Guangxi, Sichuan. Thus, the total number of imported cases in China has totaled upto 228.
The commission did not reveal as to where they believed the cases originated. However, provincial authorities have pointed out that some of the travelers where from Britain, the United States and Spain.

According to Xinhua State News Agency, the first new imported case reported in Tianjin was that of a 23-year old woman who was studying in London and had travelled home to Tianjin via Zurich, Tokyo and Beijing. Tianjin is known to be a city of 11 million people.

In the northeastern city of Shenyang, the first imported case was that of a traveler from London who reached the Shenyang’s airport on March 16. The travelled who reached China via Seoul did not show any symptoms of fever or respiratory tract problems.
According to a study by the Yale School of Public Health, most overseas outbreaks were caused by travelers from China who were pre-symptomatic and therefore not screened or isolated.

Thus, to limit this growing number of asymptomatic patients, that are returning to spread this disease, the Chinese authorities are making travelers that are returning from any of the 24 countries that are badly hit by the outbreaks spend 14 days in isolation, either at their own home or at a designated venue.

President Xi Jinping warned on Wednesday that China’s improvement in containing the virus should not be reversed.
He also said that, Wuhan, capital of the central province of Hubei and the epicentre of the outbreak, saw no new cases for a second day, the National Health Commission said.
This brings the total number of confirmed cases in the Chinese mainland to 80,967. The death toll due to the  outbreak from the virus had reached 3,248 as of the end of Thursday, This is an increase by three times from the previous day.
On the whole, around 245,000 people have been infected globally and more than 10,000 have died.