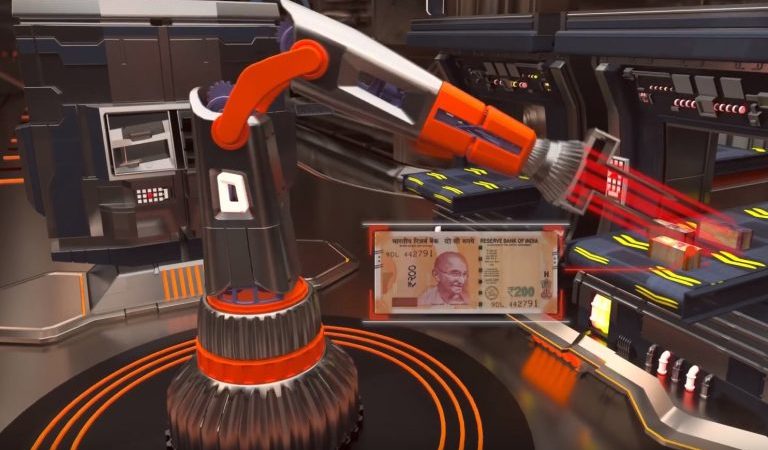 The ICICI Bank is now using Robotic arms to sort currency at its chests in 12 cities across the country, according to a report in Business Line. The report said the note sorting  robotic arms are deployed at present in New Delhi, Jaipur, Chandigarh, Mumbai, Bengaluru, Hyderabad, Bhopal, Sangli, Mangaluru, Raipur, Siliguri and Varanasi.

ICICI is the first commercial bank in the country to  introduce industrial robots to sort high volume of cash at its centres.

“We have undertaken a large deployment of 14 industrial robotic arms at our prominent currency chests across 12 cities to digitise the currency sorting process. We will continue to invest in further mechanisation of note sorting technology and the next generation machines across all our currency chests,” Anubhuti Sanghai, Head – Operations & Customer Service, ICICI Bank, told Business Line.