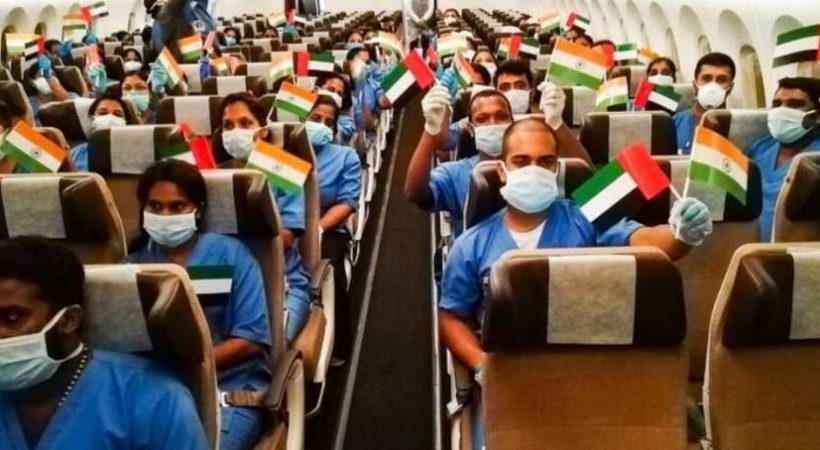 A team of 105 Indian health workers consisting of doctors, nurses and paramedical staff has reached UAE to assist the country in combating coronavirus pandemic. It is the second team of health workers from  India that has arrived in the  UAE after the outbreak of Covid-19 was erupted. All of the staffs in the team belong to Kerala state.

According to reports the team has arrived in Abu Dhabi from Kochi and the UAE authorities along with Indian Ambassador to UAE Pavan Kapoor  welcomed them at the airport .

This time it is VPS Healthcare group that sent the medical team to UAE after selecting them from Kerala. The report said.

Earlier a batch of 88 ICU nurses from India had reached Dubai to support the UAE’s ongoing efforts to fight COVID-19. They were brought by Aster DM Healthcare with support from the Indian Consulate and UAE’s Ministry of Foreign Affairs and International Cooperation.

Before, Indian government had given approval to requests from the United Arab Emirates and Kuwait to send Indian doctors and paramedics to help the two Gulf countries fight the Covid-19 pandemic.

Then, another request for Indian healthcare personnel had come in from the United Arab Emirates. There are also similar requests pending from Mauritius and Comoros, the archipelago off Africa’s east coast Comoros that are battling the disease.