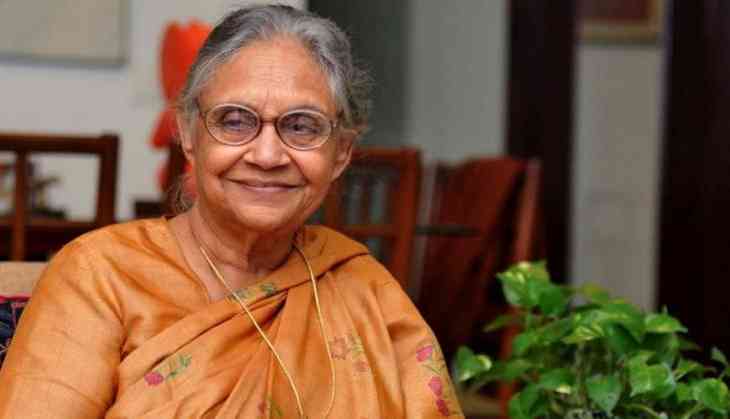 “Deeply saddened by the demise of Sheila Dikshit Ji. Blessed with a warm and affable personality, she made a noteworthy contribution to Delhi’s development. Condolences to her family and supporters. Om Shant,” tweeted the Prime Minister.

She was admitted to Fortis Hospital in the morning. She died at 3.55 pm according to a report in The Hindu quoting hospital sources.“Ms. Dikshit was brought in the morning on 20th July 2019 to Fortis Escorts Heart Institute, Okhla, New Delhi, in a critical condition with cardiac arrest. A multi-disciplinary team of doctors, led by Dr. Ashok Seth, Chairman, Fortis Escorts Heart Institute, carried out the advanced resuscitative measures.

Her condition stabilized temporarily. However, she had another cardiac arrest and despite all the resuscitative efforts, passed away at 3:55pm on 20th of July 2019,” a statement from the hospital, The Hindu reported.