Shooting for Mohanlal’s Barroz will start in June 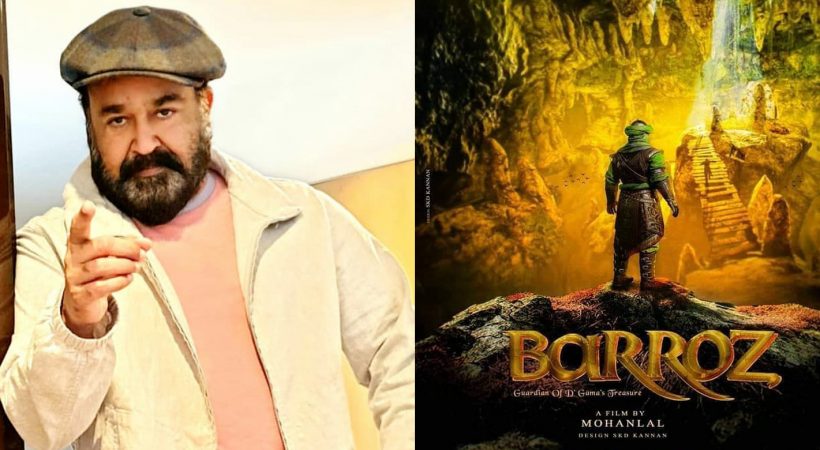 Shooting for Mohanlal’s directorial debut Barroz: Guardian of D’Gama’s Treasure  is scheduled  to begin in June.

The story of the film is based on the book  Barroz, Guardian of ‘Gama’s Treasure by famed filmmaker and writer Jijo Punnoose, who is also doing the script.  Jijo is the  eldest son of producer Navodaya  Appachan,who  introduced Mohanlal in the  film industry   through  the super hit Malayalam film Manjil Virinja Pookkal directed by Fazil.

Jijo has another great achievement in his name as the director of the first Indian 3D film My dear Kuttichathan, a film that made box-office history across India.

The story is woven around Barroz, who was guarding   Gama’s priceless treasure for over 400 years and his efforts to find out the true successor to inherit it.  Apart from direction, Lal also acts in the title role in the film. The 13-year-old prodigy Lydian is also in the film.

Barroz will be shot in 3D format.

According to Lal, the main actors in  the totally fantasy movie include  some of the most famous international film personalities.

The ace Spanish actor Rafael Amargo will act in the role of Vasco Da Gama and the Spanish – Hollywood actress Paz Vega will act as  his wife. Vega is famous for her stunning performances in the Hollwood blockbusters, Rambo, Last Blood, Sex and Lucia, Spanglish (2004), 10 Items or Le ss (2006) and All Roads Lead to Rome(2015) apart from her Spanish hits. On the other hand, Amargo is  a very popular Spanish actor and leading choreographer.

Most of the technical hands are also drawn from Hollywood.

“Barroz is set against the backdrop of the maritime history of Portugal, Spain, Africa and India. It is, indeed, about the shared heritage that we inherited from our ancestors,” Mohan  Lal said in a promotional  Facebook video to introduce his debut movie.

It is produced by Antony Perumpavur. P U Mohan will handle the camera for this 3-D  thriller. The film will be shot mainly in Goa, Portugal, Spain and some very exotic places  in India and abroad.

One of the most successful actors, Mohan Lal has been in the Indian film industry for  over four decades and acted in 340 films in different languages. His son Pranav Mohan Lal is also an actor.

Tags: Shooting for Mohanlal’s Barroz will start in June
Related -