Suhasini  reveals her uncle Kamal Haasan is  her role model 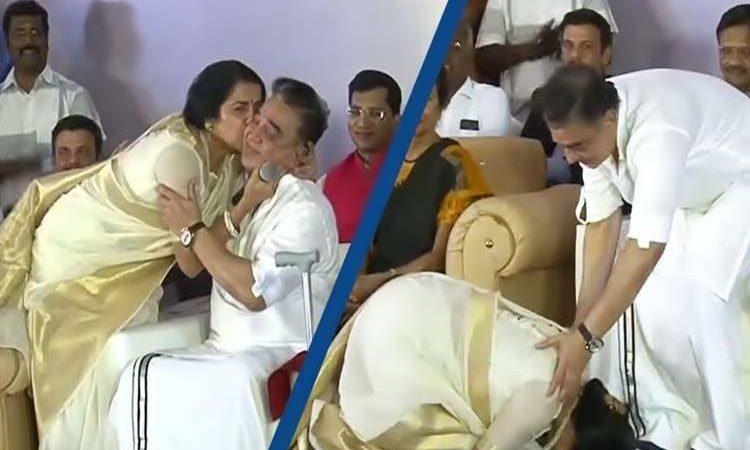 South Indian actress and wife of  renowned director Maniratnam, Suhasini has  revealed  that her role model was her uncle and actor Kamal Haasan.

She is the daughter of  Kamal’s elder brother and actor Charuhasan.  Both Kamal and his niece Suhasini grew up in the same family. She grew up watching the phenomenal success of  her uncle and her father as great actors.

Suhasini told  this to the invitees who gathered to celebrate Kamal’s 65th birthday at his ancestral home in Tamil Nadu  recently.

Suhasini recalled how her uncle, who was already a superstar when she entered the cinema field, guided  her in the totally unfamiliar world which she was watching from the outside until then.

It was Kamal Haasan who encouraged her  to pursue a career in the film world and his inspirational words  led her to Pune Film Institute as a camera student and later she shifted to  acting.

She said the credit goes to Kamal for   her success in the film industry as an actor .

She has also said that it was  Kamal Haasan who brought Maniratnam,  one of the  well-acclaimed directors of the country, into her life.

Kamal Haasan  always believed that women had the right to choose their  career and specially freedom of speech, she said.

She concluded her speech touching  the feet of her great uncle and most respectfully  and admirably kissing him.