Super 30 founder felicitated in the US 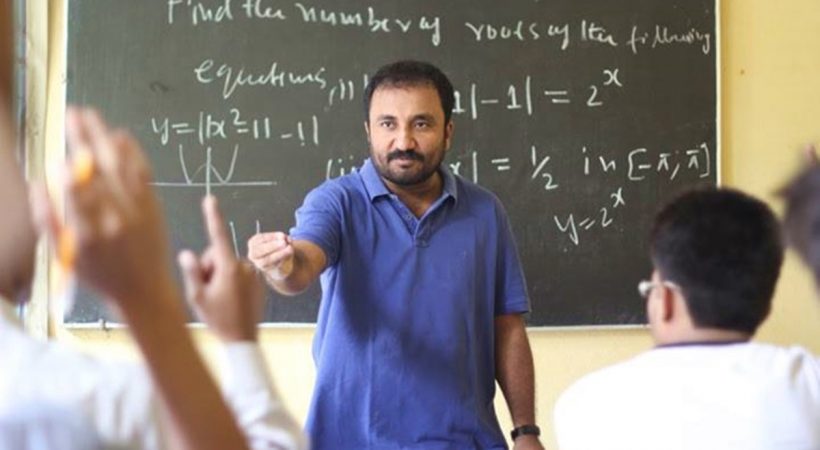 Master mathematician and world famous mentor Anand Kumar of Super 30 teaching programme has been felicitated in the US last week for making quality education accessible to the underprivileged.
The Education Excellence Award 2019 was presented to him by the Foundation for Excellent (FFE) at a function organised in San Jose, California to celebrate the 25th anniversary of the Foundation.
While receiving the award Anand Kumar encouraged the Indian community in the US to help make education the strongest weapon to fight all problems. He said, “Making quality education accessible to the masses will make a huge difference to the world by solving the core issues of unemployment, population explosion, environmental degradation and a lot more.” He added, “Indians have been doing wonders in different fields across the globe, including the USA, and it would be immensely satisfying for them to give something back to their society. There can be no gift more precious than education.”
Anand Kumar started his mission named Super 30 programme in 2002 to educate poor children, whose parents cannot afford to, send them to the country’s major institutions for higher studies.
Super 30 program has become a super success fulfilling his earnest desire to see these children from deprived families coming out of IITs and other prestigious institutions with flying colors and occupying high positions in career and in the society. He has trained 510 students for IIT-JEE entrance in 18 years, providing them with accommodation, food, cloth and study materials for a year free of cost. Among them, over 400 joined IITs. The rest preferred other institutions and they too did not let down their dear master.
All of Anand’s former students, the rich and the poor, are now well-employed or entrepreneurs in India and across the world. Being grateful to him for their prosperity, they frequent his institute and share their knowledge with the students for free.
Recently a biopic was made on his life with Hrithik Roshan in the lead which made roaring success in theaters.

Anand was born into a middle class family in Patna, where his father was working with the postal department. Anand’s mathematical prowess earned him a scholarship from the prestigious University of Cambridge. But there was no money to go to the university. The family approached so many people, but nobody did come to their help and Anand had to abandon his dreams of studying at Cambridge.
His father fell sick soon and died, leaving the responsibility of the family on Anand. He tried for some jobs, but nothing worked out. Finally he took to selling papads to take care of the family.
It was his brother Pranav Kumar, who knew about his amazing ability in teaching mathematics, who encouraged him to take tuition for students.
That was a turning point in his life and many other lives he had picked up from the streets. The tuition business grew convincingly and the number of students attending his classes swelled fast. They named the centre Ramanujam School of Mathematics after the great Mathematician S Ramanujam. The school flourished as Anand’s envious ability in teaching mathematics lured more students and the family became financially sound enough.
The idea of Super 30 programme, he has been nursing for quite some time took shape under Ramanujam School of Mathematics. Anand along with his family members selected 30 students from poor families, who cannot even dream about enter an IIT campus. One year residential coaching made wonders for them. They all passed the entrance with high marks.
Every year Anand picks up 30 students and give them best coaching at his home free of cost.
Now many people who heard about his efforts to uplift the poor came up to sponsor the programme. Some of them wanted to help him financially. He discouraged them politely saying he was making enough money to take care of their needs.
Anand’s mission has the flavor of an anecdote linked to Lord Sri Buddha and his disciple Ananda.
Lord Sri Buddha was in meditation under the Peepul Tree at Bodh Gaya, where he achieved “Enlightenment,” when Ananda, one of his disciples came, seeking blessings from the “Enlightened.” When Sri Buddha woke up from his meditation found Ananda in front of him with folded hands seeking blessings. Sri Buddha told him “to be his own light.” The Lord wanted that light to brighten the world around. Ananda as his master advised, lived rest of his life spreading knowledge, brightening the world around.
The modern day Ananda, who is born and living in Patna, just three hours’ journey from Bodh Gaya, is also doing the same, enlightening the world with his knowledge.
Anand strongly believes “the power of education is immense to bring about generational change for the deprived lot, which would ultimately add speed to the nation’s growth story.” Anand is a phenomenon, it just happens.

Tags: Anand Kumar, Super 30 founder felicitated in the US
Related -