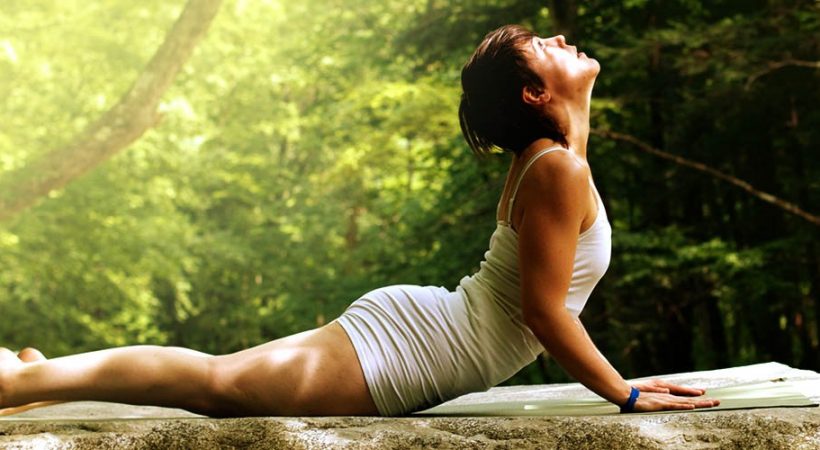 Surya Namaskara or the Salutation to the Sun is an integral part of yoga which has been practiced since the Vedic years. With the daily practice of Surya Namaskara, one can not only strengthen his body, but also accomplish a spiritual harmony as it ensures a balanced state of body and mind. Even though it appears more like a physical activity, the control of breath has tremendous importance in it as it boosts concentration and awareness. Once the exercise and breathing attains an equilibrium it leads to the awakening of a transcendental awareness which is experienced as absolute blissfulness. Surya Namaskara also includes chanting a special Sanskrit Mantra that honor the Sun as a divine source of energy.

Breathing
While doing Surya Namaskara, it is imperative to breathe through the nose. In the initial posture, the person breathes in and the breath should be gradually released only in the second posture. This control of breath continues with alternate postures except for the fifth posture wherein after exhalation, the breath is not taken in till the sixth posture. In Sanskrit breathing in is called Pooraka and breathing out is Rechaka while holding the breath inside is titled AntharKumaka and holding outside is BahirKumbaka.

Benefits
All the joints in the body are under motion while practicing Surya Namaskara. Furthermore, it is also beneficial for stomach as it stimulates the muscles in there. It is reported that as the organs are strengthened by exercise and it alleviates ailments. Subsequently, the daily practice Surya Namaskara keeps you fit throughout the life and moreover, it staves off premature aging. A day started off with the Surya Namaskara would keep you fresh and healthy all day long.