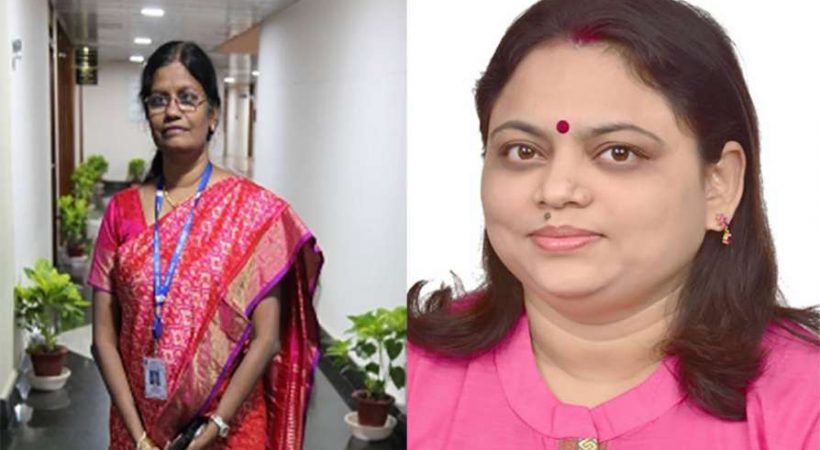 For the first time in the history of ISRO, a major space project to moon would be led by two female scientists. The Project Director of  Chandrayan 2, Vanitha Muthayya from Tamil Nadu and the Mission Director Rithu Karithal from Uttar Pradesh would be the lead scientists of the mission and it’s is quite promising in terms of gender representation that almost 30% of the 300 scientists involved in this project are female scientists.

Ms. Vanitha is an expert in dealing with the information received from the space and it was she who effectively dealt with the information collected during the Chandrayan 1 project. Rithu was involved in various earlier projects of ISRO and the experience enhances her expertise in the field. In the present project, she is endowed with the responsibility of ensuring that the Chandrayan 2 reaches the orbit of the moon. Rithu was also the deputy operations director of the Indian project to Mars.

Vanitha shares that it is indeed a great responsibility to be the director of this prestigious project. Vanitha was conferred the award for the best female scientist by the Astronomical Soceity of India. Rithu has been working with ISRO since 1997 and has worked in various capacities for the development of the organization. T. K Anuradha who was part of the G-SAT10 and G_SAT12 projects, N.Valarmathi, the Project Director of the First Indian Radar Imaging Satellite, V R lalithambika, the Mission Coordination Director of Gaganyan Mission, and scientists NandiniHarinath, SeethaSomasundaram, MinalRohit, and MaumithaDutta are the other prominent women involved.

Tags: The ISRO expedition to moon to be led by two female scientists
Related -