The physical benefits of yoga 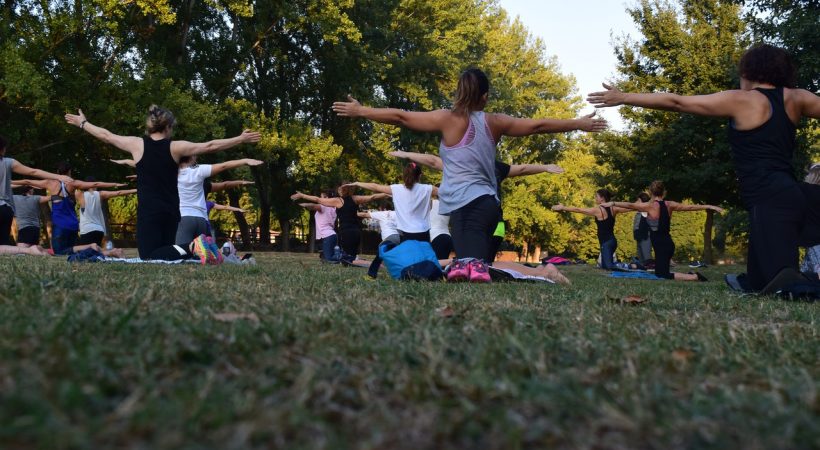 Yoga promotes physical health in multiple different ways. Some of them derive from better stress management. Others come more directly from the physical movements and postures in yoga, which help promote flexibility and reduce joint pain.

Following are some of the physical benefits of yoga that have a growing body of research behind them. In addition to the conditions listed below, preliminary research also shows that yoga may help with migraines, osteoporosis, balance and mobility issues, multiple sclerosis, inflammatory bowel disease, fibromyalgia, and ADHD.

Back pain is one of the most common health problems in the United States. Four out of five Americans will suffer from it at some point. But yoga appears to help. A 2013 meta-analysis of 10 randomized controlled trials found “strong evidence for short-term effectiveness and moderate evidence for long-term effectiveness of yoga for chronic low-back pain.” In fact, the American Society of Pain urges physicians to consider recommending yoga to patients with long-term pain in the lower back.

While it is tempting to stay in bed when your back hurts, doctors no longer recommend extended bed rest. Although lying in bed does minimize stress on the lumbar spine, it also causes muscles to lose conditioning, among other problems. In general, the sooner you can get up and get moving, the faster you will recover. Yoga helps alleviate back pain by increasing flexibility and muscle strength. Relaxation, stress reduction, and better body awareness may also play a role.

In one study, published in the journal Spine, people with back pain who did two 90-minute sessions of yoga a week for 24 weeks experienced a 56% reduction in pain. They also had less disability and depression than people with back pain who received standard care, such as pain medication. The results also suggested a trend toward the use of less pain medication in those who did yoga. When the researchers followed up with the participants six months after the study, 68% of the people in the yoga group were still practicing yoga an average of three days a week for an average of 33 minutes per session. That’s a good indicator that they found yoga to be helpful.

Exercise has been shown to help alleviate the pain and stiffness associated with osteoarthritis; however, these symptoms can make it difficult to be active in the first place. Yoga offers a gentle form of exercise that helps improve range of motion and strengthen the muscles around painful joints.

In a 2014 study of 36 women with knee osteoarthritis, those who did yoga experienced significant improvements in their symptoms compared with women who didn’t do yoga. The yoga group had a 60-minute class one day a week and then practiced at home on several other days, averaging 112 minutes of yoga a week on their own. After eight weeks, they reported a 38% reduction in pain and a 35% reduction in stiffness, while the :no-yoga group reported worsening symptoms.